Senators unable to catch up to Edgewood after falling behind early 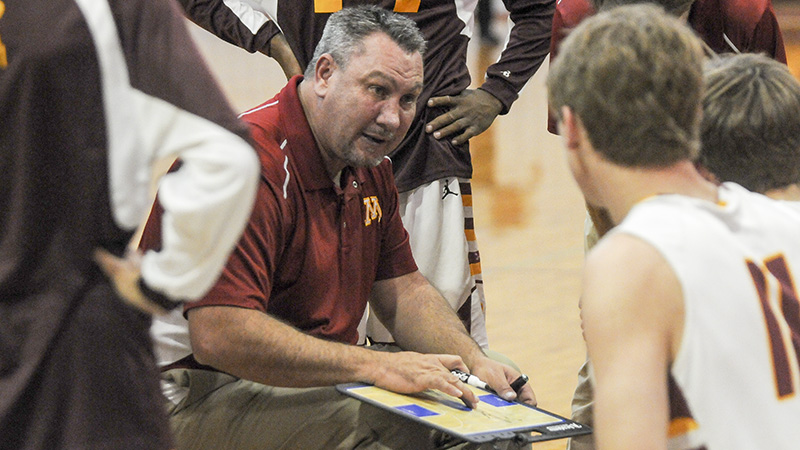 The Lady Senators were able to hang with Edgewood for three quarters, but ultimately lost the game 47-32.

“We started off well and we stayed with them,” Lady Senators head coach Kayla Thacker said. “We just missed some wide-open easy layups that could have kept us closer in the game.”

Sophomore center Caroline Thomas had her highest point total of the season and led Morgan with 15 points. She was able to take advantage of second chance opportunities in the paint, and her free throw shooting (7/12) was a major part of keeping the Lady Senators in the game.

“She really did well at rebounding offensively underneath the goal and putting the ball back for those two points and getting fouled,” Thacker said.

At halftime, Morgan trailed 23-16. However, the Senators played their best in the third quarter and outscored Edgewood 14-8. Thomas scored eight of the points in that quarter.

The girls managed to successfully box out the Edgewood players for rebounds even though they aren’t a tall team.

“One thing that we did do that we try to focus on every game is to block out and rebound because we are not tall,” Thacker said. “I think we did that very well tonight giving them one shot instead of multiple from underneath the goal when we’re on defense.”

Unfortunately, the scoring burst came to a halt and the Lady Senators were outscored 16-2 in the final quarter.

“We just have to learn how to score,” Thacker said. “We’re not very good outside shooters, and we need to get better at that and handling the ball to stop turning it over under pressure.”

The boy’s team struggled early as well against Edgewood in their 49-46 loss. The Senators struggled shooting from the field most of the night, and were victims of bad turnovers.

“This is a game I thought we should’ve won,” Morgan head coach Mark Knight said. “We didn’t play well early. I know early in the game we were missing a lot of easy shots and easy passes.” 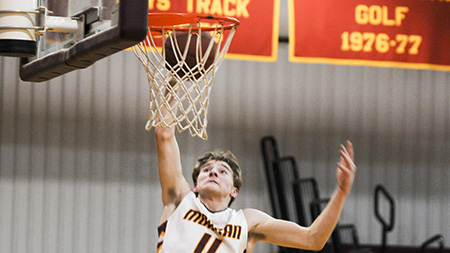 Morgan Academy junior Gunnar Henderson dunks the ball on a fast break. He led the team in scoring with 16 points.

The only highlight of the first half was a fast break dunk by junior forward Gunnar Henderson. Other than that, the Senators were lucky to only be down 25-19 at halftime.

“We started playing better defense in the third quarter to the middle of the fourth,” Knight said. “We let them get away from us. We’re still not shooting the ball very well. Hold a team to 49 and you think most night we’d win the game, but we’re not scoring right now.”

In the final quarter, Morgan Academy flipped a switch and the offense finally came to life. Senior guard Britton Adams scored six of his nine points in the fourth quarter, and Henderson had seven to help condense the lead. Henderson had a team-high 16 points.

Down four points with under a minute left in the game, Adams turned a steal into a fast break assist to Sawyer Hopkins to make it a one possession game. Henderson stole the following inbound pass to give the Senators a chance to score with 23 seconds left.

Unfortunately, he missed the three-pointer out of the timeout and Morgan had to foul.

Edgewood only made one of its free throws, but with nine seconds left on the clock, senior Jay Creech was unable to make a game-winning three-pointer.

“We got a couple of good steals there, but we didn’t finish the play at the end,” Knight said. “We could’ve helped ourselves out, but that’s part of it I guess.”