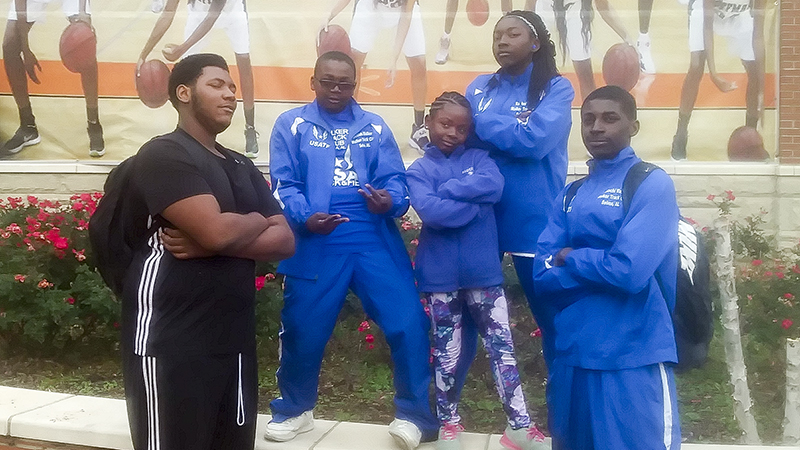 The Walker Track Club traveled to Birmingham this past Saturday to compete in the Emerging Elite Athlete Track & Field Pre-Indoor Winter 17 Open at Huffman High School.

“I think they did an awesome job for the first meet of the year,” coach Jeffrey Walker said. “To come out, participate and have [personal record’s] the way they did, they did a really awesome job. I was really proud of them.”

The outdoor meet is the warm-up to prepare for the upcoming indoor track season, according to Walker. The track club competed against more than 15 teams, and Walker’s club had an impressive showing.

Walker had five of his athletes come in third place or higher in multiple events at the meet. Ciara Perkins, Rashni Walker, Josiah Walker, Malachi Walker and Dexter Watkins all won multiple events in their respective age groups.

Perkins competed in six events during her first ever track meet. In the girl’s 8 & under division, Perkins finished in fourth in the 60- meter dash, third in the 200, long jump and shotput, second in the 60-meter hurdles and first-place in javelin.

“She did an awesome job,” Walker said. “It was actually her first meet, and I’m very proud of her. She didn’t know what to expect, but she came to practice, trained and did a great job.”

“[Rashni] PR’d in everything,” Walker said. “She’s been working hard, and it showed this past weekend.”

Josiah finished in the top three of five events in the boy’s 11-12 division. He placed third in javelin and the 200-meter dash, second in shot put and first-place in the 400 and 60-meter hurdles.

“We’re expecting some big things from[Josiah] this year,” Walker said. “I’m expecting him to get better and maybe getting to a national championship.”

The Walker Track Club will have its first indoor meet of the season on Saturday, Dec. 16 at the Birmingham Crossplex.  There will be teams from Georgia, Florida, North Carolina and Tennessee, according to Walker.

“It’s going to be a really big event, and it’s going to really tell me how much we need to prepare in order to get ready for nationals,” he said.