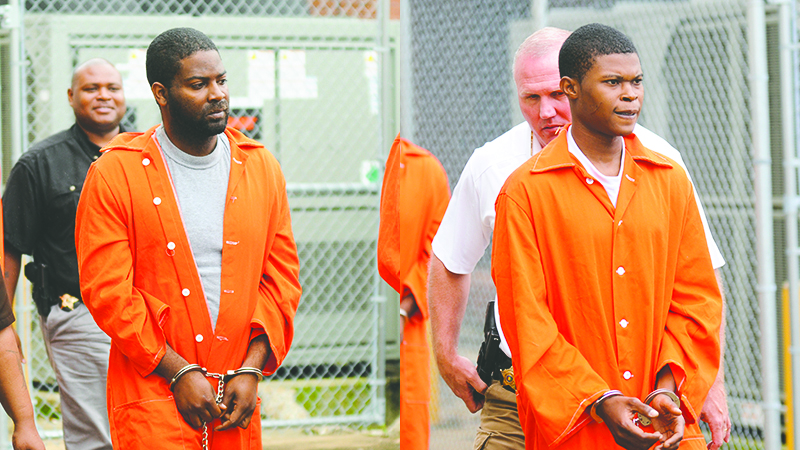 Two Selma men charged with murder in a fatal nightclub shooting made their first appearance in court Friday.

Kenneth Ingram, 29, and Juantonio Cosby, 30, are both charged with murder and first-degree assault for allegedly opening fire at the entrance of an east Selma nightclub early Sunday morning. Shykereya Leggett, 20, was shot and killed, and a 31-year-old Selma man was shot in the leg.

Ingram has retained Alston Keith as his attorney, and attorney Cecil Fields was appointed to represent Cosby. An assistant district attorney asked for $1 million bond for each charge for a total of $2 million for each suspect.

Keith and Fields both argued the bond for their clients should be much lower. They both asked for it to be reduced to $40,000.

“Don’t you think that’s enough,” Fields said in court. He called the district attorney’s request for a total of $2 million each “outrageous” and “unbelievably absurd.”

Pettaway eventually set the bonds at $1 million each.

“That’s dangerous,” he said. “I could have been out there.”

McGuire said investigators have reviewed footage from security cameras inside and outside of the nightclub, Prime Ultra Lounge on South Maxey Street. He said the footage showed an altercation inside the club where Ingram was hit over the head with a bottle.

McGuire said the footage showed Cosby pull Ingram away from the altercation, and the two left.

McGuire said around 45 minutes later there were two to three men at the wood line along Hardie Avenue that opened fire.

McGuire said footage showed Leggett being struck and falling to the ground.

McGuire said around a total of 30 shell casings were found at the scene.

Cosby was arrested late Wednesday night. McGuire said he cooperated with the investigation and “fessed up.” He said Cosby told them he fired his weapon and Ingram was shooting with him. He also turned over a .40 caliber handgun, which McGuire said was sent to forensics for testing.

No other weapons have been recovered in the investigation.

Ingram turned himself in Thursday at the police department before noon.

A preliminary hearing for both men has been scheduled for Dec. 5 at 1:30 p.m. in Judge Robert Armstrong’s courtroom.