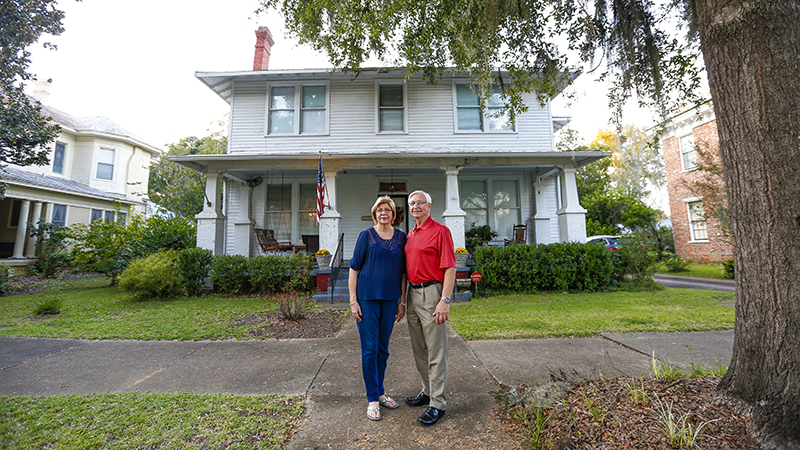 The Trotter home on Selma Avenue has been featured on several haunted Selma tours over the years. Norm Trotter lives there with his wife, Jaclyn.

The Trotter home on Selma Avenue is no stranger to falling jars, mysterious noises and anomalous balls of light. That’s because it’s believed to be haunted.

Norm Trotter, his late wife Pat and their two teenage daughters at the time, Katie and Jenny, moved into the house 26 years ago on Sept. 16, 1991, and there have been unexplainable experiences ever since. 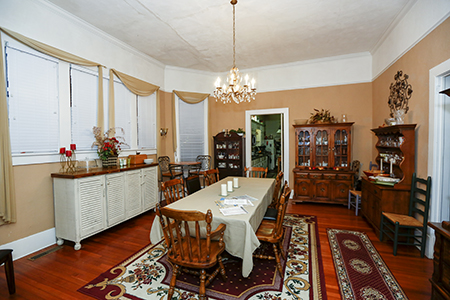 The Trotter home has been featured on Fox’s Encounters and Alabama Public Television.

“There were just so many little things — noises and things you can’t explain,” Trotter said.

They had no idea they would be sharing their home with a ghost until a couple of weeks before they closed on the house.

“We didn’t know anything about the specifics, but a couple of weeks before we closed on the house I came over here to get the mail and I walked up on the porch and the door opens,” Trotter recalled. “The lady we were buying the house from greeted me, and she said, ‘By the way, you do know we have a ghost?’” 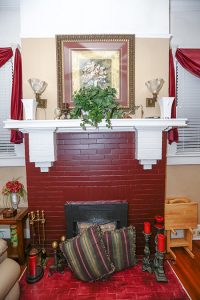 One of Trotter’s most memorable experiences was in October 1992 when a ball of light was seen floating down the hall while they were watching the Atlanta Braves play the Toronto Blue Jays in the World Series.

Trotter reluctantly told Pat and the girls, but they didn’t have the same reaction most people would have to the news of there being a ghost in the house they were supposed to move into.

“It really didn’t faze me that much, and I came back over to the house, and I told Pat and our two teenage girls … and they just got excited about it,” Trotter said. “Teenage minds just started spinning. They wanted to get to the bottom of this. They wanted to meet the ghost.”

The family got settled in, and that’s when they started having ghostly encounters.

“All of a sudden over the next few weeks and months, little things started happening. People walking in the house would feel brushes by them. We had friends from Mississippi, and they woke up in the middle of the night and felt a brush [on their cheek],” Trotter said.

Pat started a “ghost file,” which documented many of the family’s encounters.

“I had never thought about spirits before,” Trotter said. “I just don’t know. It’s something I don’t understand, but something has happened and things have happened that we just can’t explain.”

While the house isn’t as active today as it was then, Trotter said his daughters had a number of experiences.

“There have been instances where the kids were upstairs dressing for a prom, and they heard the clothes hangers in the closet just jangling, and when they open the door not a one of them move,” Trotter recalled. “They’ve woken up in the middle of the night and seen some image at the foot of the bed and thought it was the girl friend spending the night and she’s laying there sound asleep. They’ve had brushes on the face.”

During one encounter, Trotter said Pat was in the kitchen talking to Katie when a jar that was sitting on top of a cabinet with a tall lip on top fell to the ground and busted.

“People have said how in the world could you live here? Number one, it’s our home. We don’t have a whole lot of options,” Trotter said. “By the same token, there hasn’t been anything scary.”

One of Trotter’s most memorable experiences was in October 1992 when a ball of light was seen floating down the hall while they were watching the Atlanta Braves play the Toronto Blue Jays in the World Series.

“I remember this ball of light simply because I didn’t see the light. I was in the corner back there in the back and everybody else could see down the hall,” Trotter remembered. “To watch their faces and just the amazement. They jumped up, and here I am trying to figure out what’s going on. That blew me away. That made an impression.” 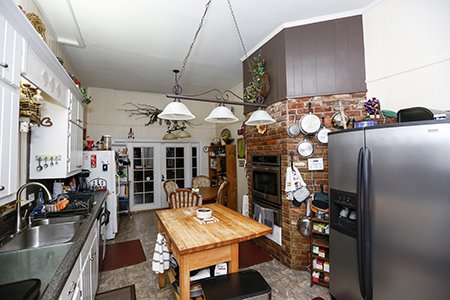 Newspaper articles from September 1941 revealed how Robert Edgar died at just the young age of 21 while living in that very same house, which at the time was a boarding house. He lived upstairs in a front corner bedroom with his mother.

Jaclyn, who Trotter married after Pat passed away in 2003, has also seen a mysterious ball of light. She was watching television downstairs, while Trotter was upstairs.

“All of a sudden this lit ball came floating down these stairs and went in the foyer. I’m sitting there, and it kind of hesitated. I’d say three to four minutes at least. At this point, I’m walking around going I’m not seeing this thing,” she said.

“I’d go back and watch TV, and I’d look back and it was still up there. I walked around in here and was thinking if I could go around this way and get my camera and come back and see if I could take a picture. I was scared it would leave, so I didn’t. I stayed in there watching it and watching it.”

After several months of having these experiences, they wanted to know who the ghost was, so they started asking around and doing research.

“We really didn’t know what to make of it. It was nothing hauntingly scary or anybody jumping out at you or anything like that, but we asked the next-door neighbor.”

Their neighbor was the late Judge Miller Childers and his wife, who told Miller “it must be Robert Edgar” when the family asked if she knew about a ghost there.

That one clue was all the family needed to find out who they believe the ghost is. More research led them to Robert Edgar’s gravesite. 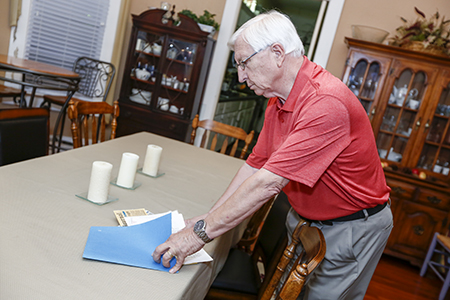 The paranormal activity has slowed down in the years since Trotter’s daughters moved away, but there are still occasional incidents.

“I get cold chills even thinking about it, but his gravesite says, ‘Although he sleeps, his memory doth live,’” Trotter said. “This was the start of us thinking about this particular person. We got to checking and tracking him down.”

Newspaper articles from September 1941 revealed how Robert Edgar died at just the young age of 21 while living in that very same house, which at the time was a boarding house. He lived upstairs in a front corner bedroom with his mother.

He died after having his left arm amputated after injuring it in a car accident. He was driving his new car with his fiancé near Marion Junction when the car tipped over and his arm got caught in the gravel road.

Three days later, on Sept. 19, 1941, and 50 years to the day the Trotter family moved in, Robert Edgar died. Whether that is coincidence or not, Trotter and his family don’t know, but the evidence all seems to add up. His funeral was even held in the home.

The paranormal activity has slowed down in the years since Trotter’s daughters moved away, but there are still occasional incidents. The home and its haunts have been featured in The Selma Times-Journal, Fox’s Encounters and Alabama Public Television. It has also been a part of the Selma and Dallas County Chamber of Commerce’s Haunted History Tours.

Trotter said there have been offers to have paranormal investigations conducted, but they have never taken them up.