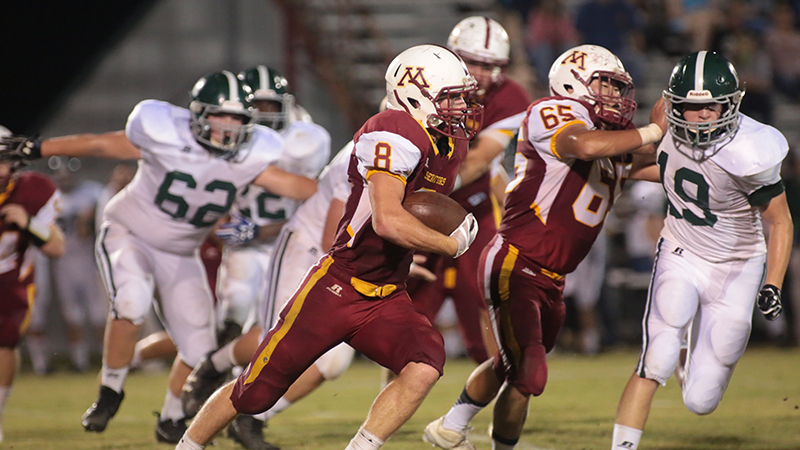 By Jerome Hand | For The Selma Times-Journal

Friday the 13th was not scary at all for Morgan Academy. The Senators shut out the Knights of Northside Methodist Academy 48-0 for a big homecoming victory.

Morgan’s defense played inspired and the offense contributed big plays in a rout of the visiting Knights, who remained winless on the season.

The Senators had 309 yards rushing and 133 yards passing just in the first half, as the game was over early.

Morgan dominated from the opening snap, scoring on its first six possessions and taking a 41-0 lead to halftime.

Ed Williams got the Senators on the board first with an eight yard run to cap a 46-yard drive in seven plays. Cooper McKinney hit the extra point to put Morgan up 7-0 with 8:25 to go in the first quarter. 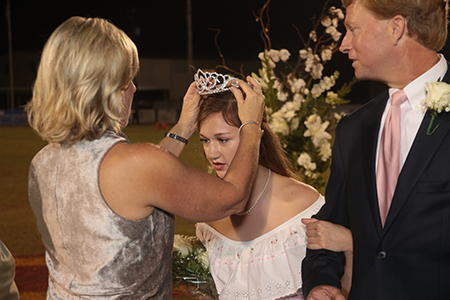 Brackin rushed for 126 yards on just three carries, all of them going the distance. He had touchdown runs of 32, 41, and 53-yards.

Brackin also caught a 29-yard TD pass from quarterback Peyton Egbert, who was 10 of 12 through the air.

Sawyer Hopkins had a 16-yard touchdown reception and Will Ingram also scored for the Senators.

Ingram had 83 yards rushing and Williams had 91 on the ground, as Morgan chalked up more than 500 yards of total offense.

The victory improves Morgan’s record to 4-4 overall and more importantly to 2-2 in the region, virtually ensuring the Senators a spot in the AISA state playoffs for the first time since 2011.

Morgan travels to Troy next week to face Pike Liberal Arts in another region game.