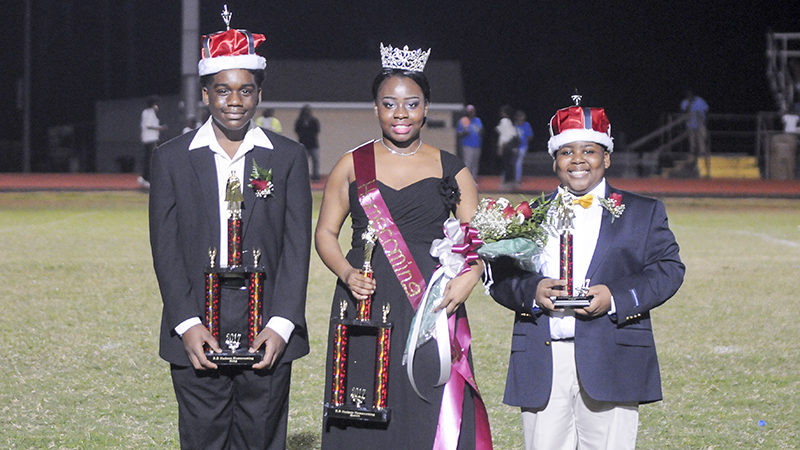 It was a strong defensive game for both teams, as points were difficult to come by throughout the game.

“We knew we could win this game coming in,” Tipton head coach Courvoisea Fails said. “It’s a big rivalry.”

On the Bulldogs first drive, quarterback Keondre Hope threw an interception at the 5-yard line that was caught by Tipton defensive back Jo’Taveon Spears.

Despite the early turnover, the Bulldogs defense took advantage of the bad field position and sacked Tipton quarterback Christopher Thomas in the end zone for a safety and a 2-0 lead.

The first half was full of miscues that prevented either team’s offense from finishing drives.

Hope lost a fumble on the opponents 20-yard line, giving the team two turnovers in two possessions. Thomas was intercepted by the Bulldogs defensive back Cornell Blevins with 1:27 left in the first half.

The Bulldogs protected their two-point lead going into halftime.

After halftime, Spears opened the third quarter with a kickoff return touchdown that gave Tipton their first lead in the game. Thomas converted the two-point attempt, and that was enough to hold off the Bulldogs. 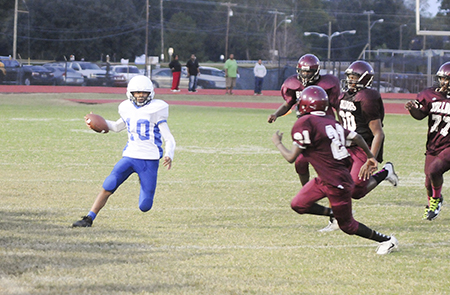 Christopher Thomas’ running ability helped the Tigers move the ball in their 14-2 win.

“It was a matter of us believing in ourselves that second half,” Fails said. “I think they had jitters coming in, but the second half we came out and I told them we’re going to have fun and play like I know we can play.”

Penalties, bad snaps and turnovers on downs prevented the Bulldogs from efficiently moving the ball in their final three possessions of the game. According to the Bulldogs head coach Eugene Foster, the team was unable to establish any consistency to help move the ball forward.

“We just didn’t execute,” Foster said. “Blocking was a problem the whole game. When you don’t execute well, these are the results. Tipton is a really quick ball club, and if you don’t block them, then you’re going to end up in trouble.”

The Tigers scored an insurance touchdown with 1:11 left in the fourth quarter on a touchdown pass to Mariyon Johnson to make the score 14-2.