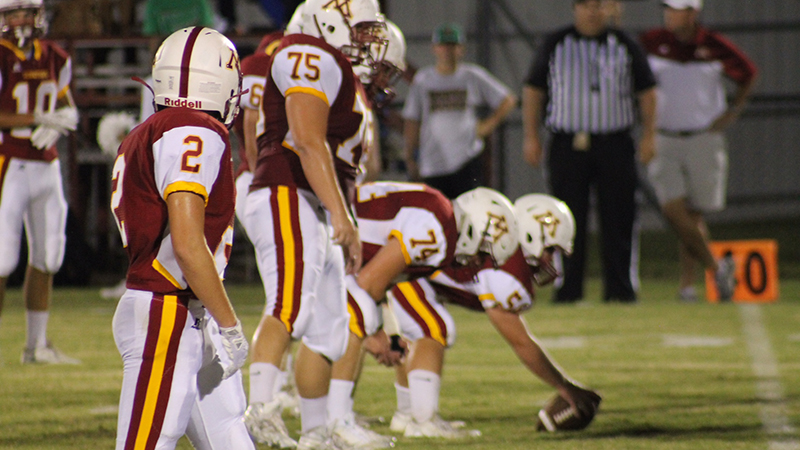 Morgan Academy blew past Hooper Academy 46-13 Friday night at home to even their overall record to 2-2.

The Senators played inspired on both sides of the ball in a game that was only close for one quarter. Morgan moved the ball well in the first quarter but could not dent the scoreboard.

In the second quarter, the Senators exploded both on the ground and through the air. Ed Williams started the scoring with a 30 yard run to cap a 71 yard drive.

On Morgan’s next possession, Peyton Egbert hit a leaping Hardin Utsey for a 25 yard scoring pass to make it 14-0.

Egbert and Utsey hooked up again on a 70-yard bomb to put the Senators ahead 21-0 with 4:06 to go in the second quarter.

Hooper scored just before the half to make it 21-6, as Trace Edwards threw a 22 yard strike to Jared Kelly. But, the Colts had no answer for Morgan in the second half.

Sam Brackin made it 27-6 with an 8-yard run. He had 120 yards rushing on the night, sharing duties with Williams who totaled 113 yards.

Sam Plummer caught a TD pass in the third quarter and Mason Perkins recovered a fumble for a score, before reserves finished the game.

“We executed the game plan,” said Morgan head coach Josh Thacker. “That’s what I’m most pleased about, we put in a good plan and carried it out.”

The Senators had 454 yards of total offense, with Taylor Jones closing the night’s scoring with a nifty 16 yard run.

Morgan Academy’s next game is Friday night at home against the Glenwood Gators and fans are encouraged to wear black for a “blackout the Gators” theme.