20 Under 40: Wilkerson’s role as owner of Tally Ho includes doing little bit of everything 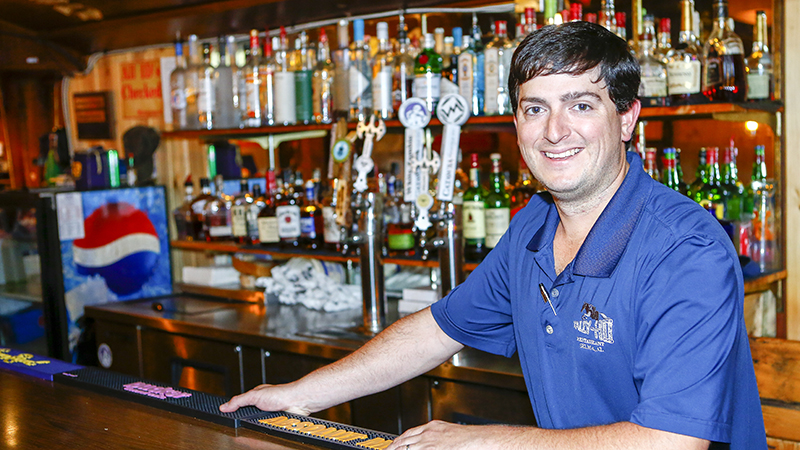 Paul Wilkerson never saw himself in the restaurant business, but the owner of the Tally Ho Restaurant said it’s hard to imagine doing anything else.

Paul Wilkerson never saw himself in the restaurant business, but the owner of the Tally Ho Restaurant said it’s hard to imagine doing anything else.

Wilkerson, 31, the son of a physician and registered nurse, grew up in Selma and studied at Morgan Academy. After he graduated in 2004, he went to the University of Alabama to study biology.

“I was going to school for biology and somehow landed in the restaurant business along the way,” Wilkerson said.

A major part of that decision was his relationship with his wife, the late Renee Wilkerson, daughter of then Tally-Ho owner Bob and Donna Kelley. Wilkerson started working for the Kelley family business and never left.

“I was asked to help out for a week or two and two weeks led to 12 or 13 years, Wilkerson said.

Paul and Renee worked at Tally Ho together for about five years before buying the restaurant from Renee’s parents in 2013.

Wilkerson said Renee originally planned to do something different, but, over time, both fell in love with the business.

“Either you love it or you hate it. For some people, it sticks, and it did for her, and it has for me,” Wilkerson said.

Wilkerson said Bob Kelley is a great teacher and someone he still calls on for advice regularly.

“Bob is a great teacher and has a wealth of knowledge, and he doesn’t mind sharing it. If you want to learn anything pertaining to the restaurant business or dealing with people, just ask him,” Wilkerson said. “He’s very thorough and very good at it. I can call him anytime and ask him anything. It’s reassuring to know that I have him as a backup.”

The Tally Ho currently has 22 employees and is open six nights a week (closed Sundays). The restaurant also is available for lunch meetings and catering.

“Some days I’m still a roofer or a plumber or a grass cutter or a disher or anything,” Wilkerson said. “There’s a lot to it. The five o’clock to nine o’clock is the fun time. That’s the time to meet people and socialize. But there is work behind the scenes. We have a great staff that is very good at what they do.”

Wilkerson is also a founding member of the Blackbelt Benefit Group, which works to support local nonprofits. Between running the Tally Ho and raising his young daughter Annese, Wilkerson said he’s had to prioritize his time the last six months, but that he still enjoys serving with the group.