20 Under 40: Vaval finds similarities between Selma and home country of St. Lucia 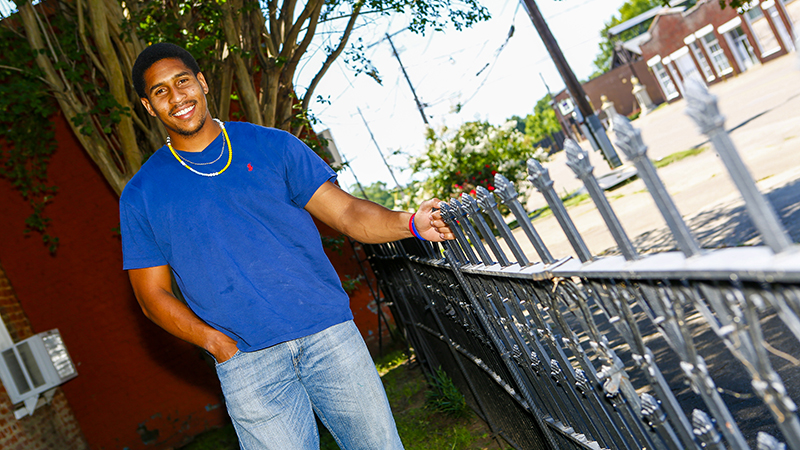 Nes Vaval first came to Selma before finishing his degree. He worked an internship the summer before his senior year, working part of the time with G Momma’s Cookies and with the Compass program with at-risk youth.

As the crow flies, Selma and the small island country of St. Lucia are about 2,100 miles apart.

However, Nesbert Vaval finds similarities between his home country — famous for its luxury resorts, mountains and French influence — and the Black Belt.

“Selma is just a small town — everyone knows everybody. I’m a small town kind of person,” Vaval, who goes be “Nes,” said comparing the two places.

“I wanted to be an engineer. That’s what I thought at the time. Then after that, due to money, I had to work for two years to try to get some money to go to college,” Vaval said.

He took a job working as a security agent for American Airlines and after a couple of years realized it was time to go back to school. He got accepted into Asbury University, a small Christian school outside Lexington, Kentucky, on a tennis scholarship. He first majored in communication but decided after one class that the major wasn’t for him. He then decided on business and that stuck.

“I knew I wanted to start my own business. I knew that I wanted to be an entrepreneur,” Vaval said.

Vaval first came to Selma before finishing his degree. He worked an internship the summer before his senior year, working part of the time with G Momma’s Cookies and with the Compass program with at-risk youth.

Vaval returned for his senior year, graduating in May 2016. Vaval and his wife, Kelli, honeymooned before they returned to Selma as a couple.

The two work through the Children’s Policy Council and Blue Jean Church. Nes is working on a special project now called Abba and Sons. The business incubator works to teach people a skill to help them find work or start a business. The program is starting with woodwork shops later this year.

“That’s what I wanted to do was business that has some social impact,” Vaval said.

Vaval also still works with Compass, driving a van from the program each morning. He also teaches tennis in private lessons. Nes and Kelli also had the chance to travel to Meto, Kenya on a mission trip with Integrity Worldwide this spring. He remembers stepping in the restroom at the Nairobi airport and hearing a Creole song from St. Lucia playing.

“After that, all my walls went done. I was like, alright, I’m home now. What are the odds that this song is going to play.”