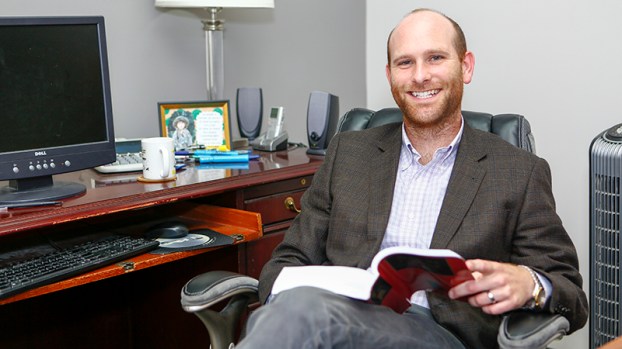 Coming home to Selma was never in the plan for Woody Jones, but he is happy he did. Jones, 31, grew up here, where he met his wife Kristen. They both attended the University of Montevallo before Woody decided that he was going to law school at the University of Alabama. 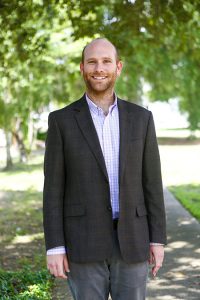 Jones and his wife Kristen have three boys — Foster, Jude and Oliver — and they have recently become foster parents.

After graduation, Jones contemplated taking a job offer in San Francisco or Atlanta, but the pair decided to choose Selma. Their first son was born during Woody’s last year in law school.

Woody said that moving to Selma just kind of worked out for them.

“We always loved Selma. At some point, we would have come back, but we wanted to go to a bigger city,” he said. “We are glad we came back.”

He and Kristen have three boys — Foster, Jude and Oliver — and they have recently become foster parents.

“About two weeks ago, we got our first placement. So, we have four boys at our house right now,” Jones said. “It’s fun. It’s a lot of boys in there.”

Woody said he was surprised to see how well his sons have taken to an addition to the household.

“Our boys have been just awesome with this new young boy here.”

Jones said they have already learned a lot from this experience.

“I think one of the good things about fostering is that they really have learned more in the last two weeks than we could ever teach them about taking care of folks and loving people,” he said.

Jones said he wants to share the importance of investing in people with his sons, especially the people in Selma.

“One of the things we are really trying to teach our kids is to work hard for things but to be selfless and to just care about folks,” he said.

Jones said that his passion spreads not only to his sons but to the people of Selma.

“I think a lot of us have hope for Selma and confidence in Selma,” he said.

Jones practices in the fields of litigation, business law, probate and estate administration, and real estate with Gamble, Gamble and Calame & Jones, LLC.

Jones said the leadership in Selma right now is good, and he’s excited to see them make needed changes.

Jones does his part to help the city by being a member of the Selma Rotary Club and on the board for Arsenal Place Business Accelerator. However, he feels called to do more.

The 15U Selma all-stars to play for World Series

Dreams are tricky things. Day dreams float in as our minds wander aimlessly from cloud to cloud. When we sleep,... read more