20 Under 40: Jones gives back through Selma Charity League 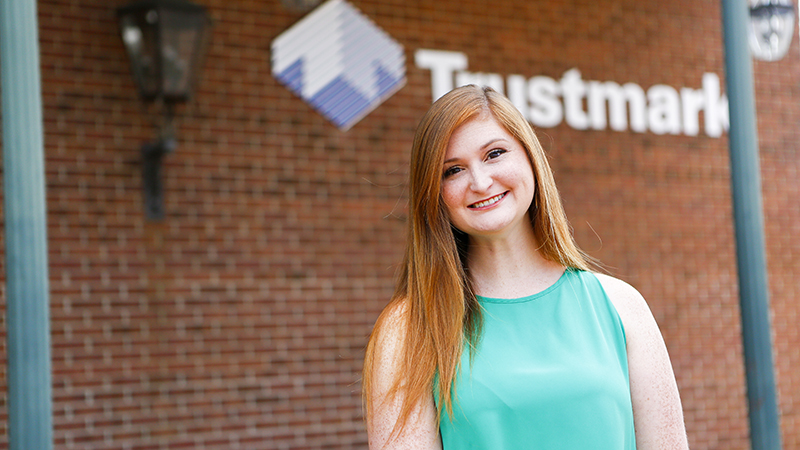 Elizabeth Jones, 23, has been working at Trustmark Bank for almost six years. She gained her interest in banking from her mother who worked at a bank while she was growing up.

Elizabeth Jones has called Selma home all her life, and she doesn’t have plans to ever leave. “I love Selma. It’s always been my home,” she said. “I never really wanted to leave.”

Jones, 23, has been working at Trustmark Bank for almost six years. She gained her interest in banking from her mother who worked at a bank while she was growing up.

Jones loves working in finance because she knows she is helping people.

“Giving them good financial advice can really help somebody get out of credit card debt or help them purchase their first home or car.”

She said educating people about credit is exciting for her because she understands how important it is.

“I really enjoy helping people learn how to build and repair credit,” Jones said.  “A lot of people don’t know the things that we offer due to how far technology has advanced. I just love to show people all these things that we have to offer.”

Jones has high hopes for the future of Selma and has seen first-hand the difference she can make by joining the Selma Charity League.

“I joined last year and I was really interested because I didn’t really know what the organization was about. Once I joined I fell in love with it,” she said. “We do so much for the community and all kinds of volunteer work.” 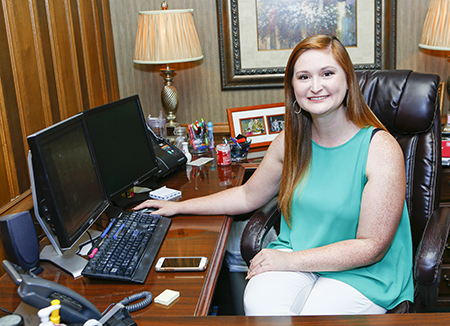 Jones has high hopes for the future of Selma and has seen first-hand the difference she can make by joining the Selma Charity League.

“So, this year I decided to be the treasurer so I could be more involved, “she said. “I wanted to steer it in a different direction to see where we could go.”

She said she has seen how wonderful the community is, and it has truly changed her vision of Selma.

“I think a lot of people focus on the negativity (surrounding Selma), but we have so much positivity and room to grow,” she said.

One of the ways she believes we could grow as a city is to put more focus on the youth.

“I think if we focus on making Selma more attractive to the younger generation, we will keep our town flourishing,” she said.

Jones is excited that people her age are ready to make a difference in our town.

“A lot of people have decided that Selma is their roots, and that they want to bring everything they’ve learned from different communities back to just help improve Selma,” she said.