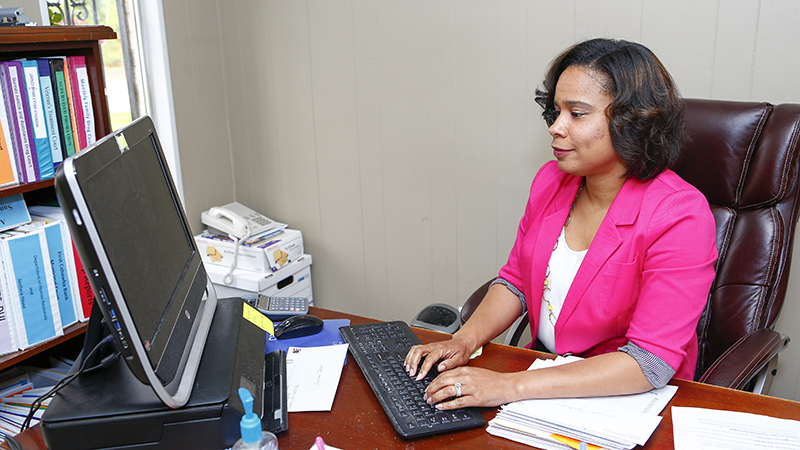 Jackson has been there since the beginning and has seen it grow from just one program to five. 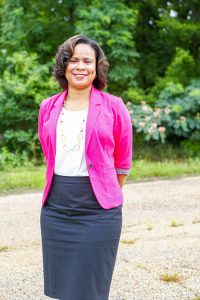 Outside of work, Jackson serves city of Selma as councilwoman for Ward 3.

“I started in August of 2010 as the family drug court coordinator,” she said. “Judge [Robert] Armstrong received a grant in October of 2009 for a drug court. At that time, the chief justice was really pushing for drug courts throughout the state of Alabama.”

She was eventually promoted to executive director, and it was renamed Dallas County Court Services. Jackson has about 12 employees and operates around six federal and state grants through the office.

Jackson said it takes a servant’s heart to help people with drug or alcohol problems who are going through a tough time in their lives.

“To speak encouragement in life to those that are down trodden and feel hopeless, that’s what we continually do in this office,” she said. “We see individuals at their worst, whether they’re coming from dependency court and they have lost their children or if they’re actually coming through criminal court and had the embarrassment of being arrested for a DUI or other activity.”

To see people go make a change in their life means a lot to Jackson.

Outside of work, Jackson serves city of Selma as councilwoman for Ward 3.

Jackson said he is passionate about change, whether it is making a change in someone’s life or making changes in the city as a councilwoman.

“I’m passionate about seeing the process of transformation,” she said. “I don’t want to see things stay stagnant, and I want to be an agent for change.”

She is a member of Tabernacle Church of Praise. She said she didn’t have a strong faith until she was 25 years old. She said the murder of her brother and her cousin, later on, helped her strengthen her faith.

“I just couldn’t take it anymore, and I couldn’t suppress the feelings of it’s going to be alright and tell myself and do self-help encouragement,” she said. “I needed a higher power and something I could believe in and trust in.”

Jackson is a mother of four and is married to Dallas County District Attorney Michael Jackson. She is also a part of the Children’s Policy Council and Drug Free Communities, as well as several other organizations.

Registration is underway for youth football