20 Under 40: Johnson has passion to make Selma a healthier place to live 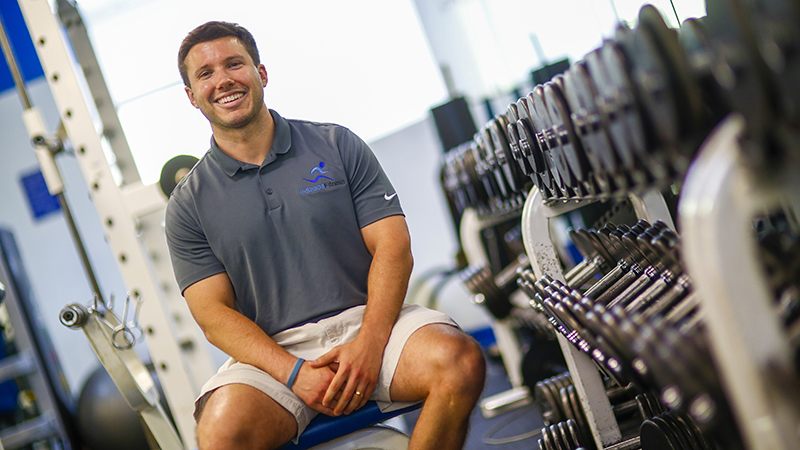 David Johnson didn’t plan to move back to Selma, but his plans changed as his workout business, In Shape Fitness, grew.

“I decided to start doing these workouts just to see if it would buy me some time before I could find a job somewhere,” he said. “It started growing, and the next thing I knew it turned into a business.” 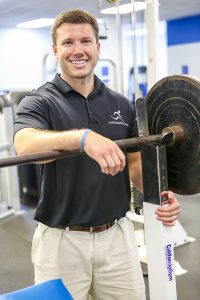 Johnson is a graduate of Auburn University.

Johnson, 31, was hoping to move to a bigger city to search for a job after graduating from Auburn University.

“I just didn’t really want to sit behind a desk,” he said.

Lucky for him, he will never be trapped behind a desk when he goes to work. Johnson began his workout classes in 2011, but he didn’t know that this could be his career until January 2013.

“I noticed a big change,” he said. “It kind of was a slow growth at first, but I believe January of 2013 was when I decided that there was some potential here.”

That year turned out to be a big year for Johnson as he married his wife Megan in November.

Johnson said that he always knew of Megan, but they really got know each other after she signed up or one of his classes.

They recently welcomed a baby girl named Reese into their family.

“It’s been a lot of fun, but the transition in itself has been really busy,” Johnson said. “The initial transition was a lot, but it’s calming down now.”

He has plans to renovate the space to make it a health club that all of Selma can enjoy.

“My goal here is to make this a top-notch place that people will feel safe coming to,” he said. “I want to make this a city-wide place where people can come in and have a family atmosphere.”

Johnson said while he originally started the classes to buy himself some time, he always had a main goal of helping Selma get healthy.

“When I first started this, I was thinking ‘man Selma’s really unhealthy,’” he said. “I want to use this as a tool to get Selma on the right track, and we have plans to offer programs to help people achieve that.”

Johnson’s passion for people is what keeps him going and inspires him to expand on his already successful business.

“I have a passion for helping people, and I have always been passionate about exercise; so, I felt like that was a good match,” he said. “A big passion of mine is to help people get healthy and achieve their fitness goals.”