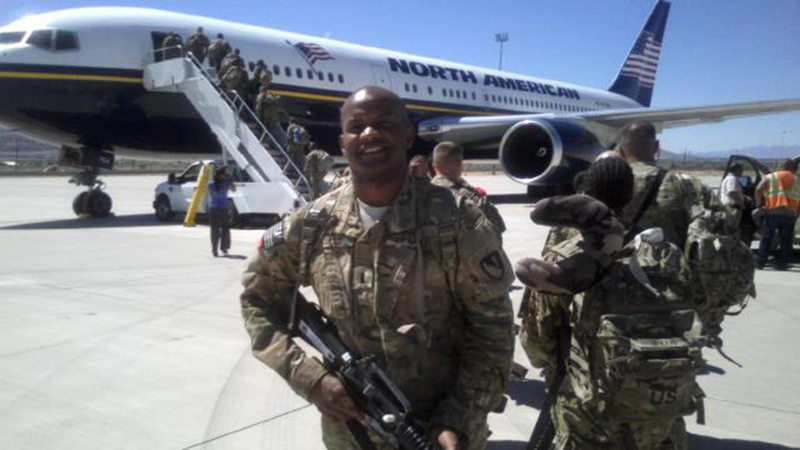 Daniel Curtis enlisted in the Army after graduating from Selma High School in 1995. He has worked is way up to captain and now works at the Pentagon outside Washington, D.C.

When Daniel Curtis enlisted in the United States Army after graduating from Selma High School in 1995, he didn’t know he would make a career out of being in the military.

“When I joined I really didn’t even think it was going to be a career. It was kind of to fill a void, kind of getting away from the area and finding something productive to do,” Curtis said. “Over time it started becoming something progressive and providing opportunities for education and developing certain skills.”

He has worked his way up from private to captain and now works at the Pentagon, the headquarters for the United States Department of Defense.

“It just paints a picture that if you have the desire to do so and the opportunity is there, you can achieve things,” he said.

Curtis comes from a family with a military history and said it played a role in his decision to enlist.

“My older brother at the time was in the military, my grandfather, my uncle as well as my father had been in the military,” he said. “I wasn’t really interested in college at the time, so the military seemed like a job opportunity that would give me the option to later go to college if I decided to and give me a chance to see things outside of Selma and Alabama.”

“When I was growing up, what I was being taught was what [my family] knew from being local, but as I matured in the military, I started seeing places and things that I wasn’t exposed to previously,” he said. “What I like to try to do now is as I’m in different locations invite family members, especially my younger nieces and nephews, to come out and see things.”

Curtis said joining the military is a great opportunity to see the world and get an education.

“I think exposure helps develop us into productive members of society versus the status quo where we just grow up in an environment and just maintain what we’ve seen as kids,” he said.

“Like any other job, have a plan for it, whether it is for a few years or a full career. Have an intent for it.”