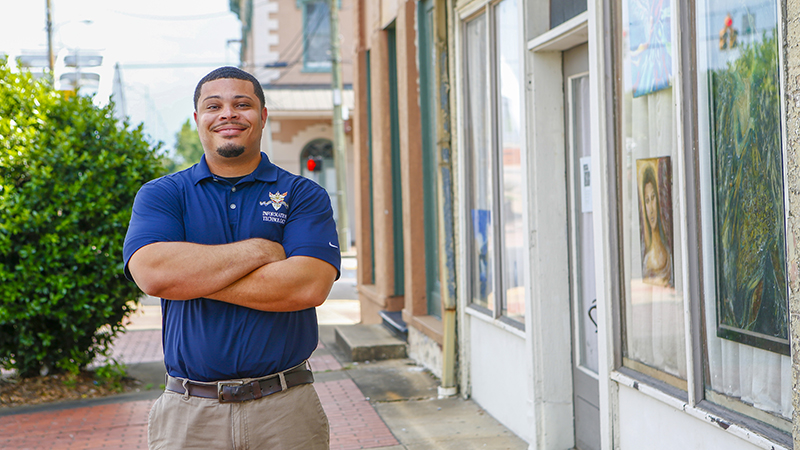 McArthur Crittenden’s love for Selma stems from his experiences as a child growing up in the Queen City. That love has inspired him to give back to the community that he said has helped raise him. 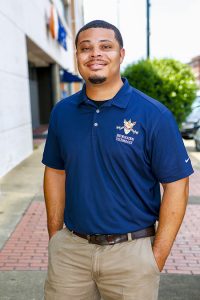 Crittenden grew up in Selma and attended Selma High School. After graduating in 2002, he decided to attend Wallace Community College Selma, where he gained his associate’s degree in business administration. He then went on to gain a baseball scholarship from Alabama State University. After college, he came back to the community that he loves so much.

Marion Military Institute then came calling to offer him a job as their assistant director of information technology. Marion’s close distance to Selma allowed him to still be able to live in Selma and get involved here while driving into Perry County for work.

“I feel our youth need more people to give back,” Crittenden said. “I feel people want to give back, but they just do not know where or how to start.”

He continues to work to find any way he can to contribute to the community.

Crittenden currently serves as the vice president of The Glenda Davis Deeds Foundation. Through this organization, Crittenden and his associates have developed the Youth Leadership of the Black Belt program, whose mission is to empower economically and socially disadvantaged youth with knowledge and resources that they will not normally have access to.

The 32 year old is also involved with Selma’s little league baseball organization. Baseball was a big part of his life growing up in Selma, and he strives to have that same impact on the young men today.

“Outside their own father, many young men view their coaches as one of their biggest role models,” Crittenden said. “Some of the lessons that they teach you stick with you, and you can apply almost all of them to your every day life.”

His wife, Lakeshia Crittenden, and his daughter, Mackayla Crittenden, are also huge reasons why he tries his best to do his part in strengthening the Dallas County community.

“My family is a huge motivator in itself,” Crittenden said. “It makes me want to give back even more and make the community a better place, because my family lives here.”

Crittenden believes that he knows what it is going to take to help change people minds about his hometown.

“We all pretty much know each other and we should all try to attempt to leave Selma in a better shape than it was when we started to contribute,” Crittenden said.