20 Under 40: Work in hospital administration brings Adkins to Selma twice 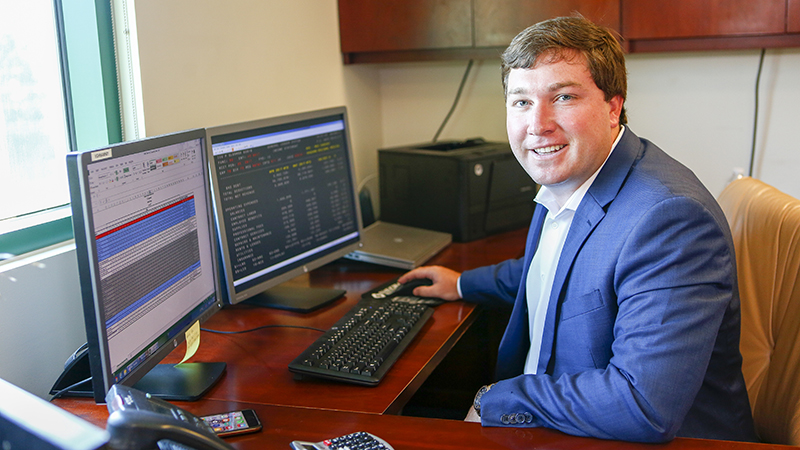 Adkins and his wife Emily left Selma several years ago to work as assistant CFO over four hospitals in Jackson, Mississippi. 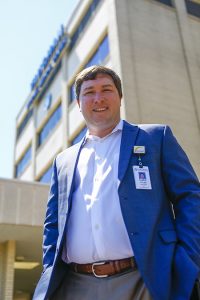 Adkins has worked at several hospitals across the South and has a bachelor’s and master’s from Mississippi State University.

The family would get the opportunity to come back to Selma 18 months later when Adkins got a phone call from executives in Nashville asking if he would be interested in coming back to Selma to follow the retiring CFO.

“We had a great time when we were here the first time. It was kind of an easy decision for us to come back, and we are really, really happy to be back,” Adkins said.

Adkins grew up in Philadelphia, Mississippi, where his grandfather and father were dairy farmers. He studied accounting at Mississippi State University, earning bachelor’s and master’s degrees from MSU.

Out of graduate school, he was involved in a CFO training program for a healthcare company out of Naples, Florida, and started working at a hospital in Biloxi, Mississippi.

“The finance background, the accounting background you learn in graduate school. They don’t tell you how a hospital operates,” Adkins said. “I was very fortunate to have a great CFO that I worked under in Biloxi. He made it a point for me to round in all these departments, and it’s really helped me as I’ve progressed through my career.

Adkins has worked at hospitals in Mississippi, Anniston and Oklahoma City.

“I was there for two years, and we really wanted to get back to the South,” Adkins said.

The couple moved to Selma, where Adkins worked as comptroller before the move to Jackson and eventual return to Dallas County.

In his current role, he is over the finances of Vaughan Regional Medical Center.

“Ultimately, I’m responsible for the overall financial success or failure of the hospital,” Adkins said.

This includes earning projections and financial statements for Lifepoint Health, the hospital’s parent company, as well as overseeing contracts and other obligations.

Adkins and his wife have an infant daughter who was born at Vaughan.

“We had a great experience. It was phenomenal,” Adkins said.

He is also a member of the Selma Rotary Club and enjoys spending time outside, hunting and fishing.