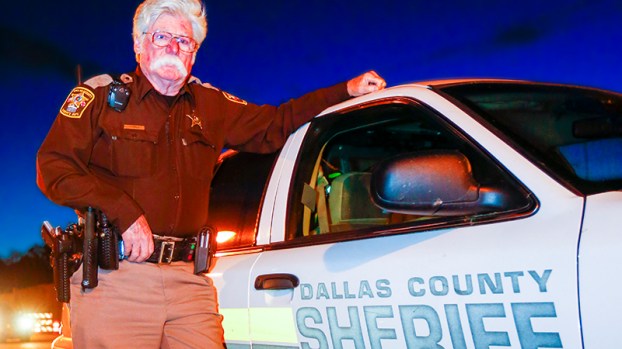 W.D. “Bill” Hamner, a deputy with the Dallas County Sheriff’s Department, has taken over the reigns as president of the Alabama Peace Officers Association.

W.D. “Bill” Hamner, a deputy with the Dallas County Sheriff’s Department and retired lieutenant with the Selma Police Department, took over the reigns as the president of the Alabama Peace Officers Association (APOA) this past weekend.

Hamner, who has been in law enforcement since 1972, was sworn in on June 9 at the association’s annual business and training conference in Mobile.

“It’s certainly an honor,” he said Thursday. “I’ve had two great honors in my career, and this is one of them.”

Hamner previously served as the vice president for the association and the district representative for Dallas and Lowndes counties.

He is the fourth law enforcement officer with Dallas County ties to serve as president of the association. William Baker, who was the public safety director for the city of Selma during the voting rights movement and former sheriff, retired Selma police officer Jimmy Glass and retired Selma police officer and Dallas County Sheriff’s deputy John Sherrer previously served as president.

Hamner will take over the position from Ed Odom.

As president, Hamner said there are some issues he wants to address, such as the current image of police in the United States.

“I’m real concerned about the condition of law enforcement in this country today, and it’s just like going back to the early seventies when I started,” he said. “We were vilified in the press, we were underpaid and often times under equipped.”

Another thing he wants to address is recent legislation that came up in Montgomery involving doing away with permits to carry a concealed gun.

“I think the vast majority, if not 100 percent of us, strongly, strongly support the second amendment, strongly support the right of a law-abiding citizen to be armed,” he said. “But the idea that you open the door for anybody with or without a permit or with or without any kind of screening to carry a concealed weapon I think it concerns some of us from a public safety aspect.”

He said the association is also supporting a partial repeal of an act that gutted a retirement plan for law enforcement, fire fighters and certified correction officials under former Gov. Robert Bentley’s administration. Hamner said it has hurt recruitment and retention, especially in the Alabama Department of Corrections.

“One of the biggest carats they had to hire people was that retirement system, and under Bentley’s signature it went away,” Hamner said. “So the benefits that I had that somebody that came on today for the sheriff’s department, police department or DOC, they’re not going to have.”

Hamner will serve a one-year term as president. He got his start in law enforcement in 1972 with the Tampa Police Department in Florida. He worked there until 1981 when he came to Selma. He worked for a short time with the sheriff’s department. He then joined the ranks of the Selma Police Department, where he retired in 2004. Four months later he started working for the Dallas County Sheriff’s Department and has worked there since.

By Luis Torres | The Selma Times-Journal As the weather gets hotter, parents and children have a place to cool down... read more