Plea made in drug, bomb case

A Dallas County man set to go to trial for possession of explosives and drugs pleaded guilty Monday. 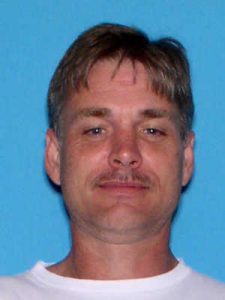 Sapp was arrested on June 13, 2015, after deputies with the Dallas County Sheriff’s Department found three homemade pipe bombs and several marijuana plants on his property, as well as methamphetamine and firearms inside his home.

“This defendant created a very dangerous situation with his bombs and drugs,” Jackson said. “It’s a good thing he didn’t major in chemistry. He will have plenty of time to think about things in prison.”

He pleaded guilty to all but one of those charges. It is unclear if the manufacturing charge was dropped or not.

Walter Tyler Cameron and Shannon Williams O’Shields were also arrested in the case. They were charged with unlawful possession of a controlled substance. Jackson said Cameron’s case is set for jury trial in September, and O’Shields’ case has not gone before a grand jury yet.

Sapp was a suspect in an ongoing burglary case at the time.

“The deputy said he knew who [Sapp] was so he went out there to talk to him. When he walked in, there was the crystal meth and the ingredients for a lab,” said Dallas County Sheriff Harris Huffman in a previous Times-Journal report. “The pipe bombs were in plain view and of course the guys stolen stuff was in plain view.”

He was arrested along with Cameron and O’Shields after a search was executed at his Luker Circle home. According to court documents, deputies received verbal permission to search the home and property.

The document states Sapp admitted to making the pipe bombs in an interview with a deputy and Bureau of Alcohol, Tobacco, Firearms and Explosives (ATF) agents.

The document states Sapp also admitted to using meth and marijuana and acknowledged the drugs were in his home and on his property.

When Sapp was arrested, Huff said he described the pipe bombs to deputies as a “big firecracker.” Huffman said the homemade bombs did not contain projectiles.

Sapp was sentenced in federal court last year to 10 years in prison for felon in possession of a firearm and making of firearm in violation of NFA (explosive device).