First responder of week: Gibson has history of service 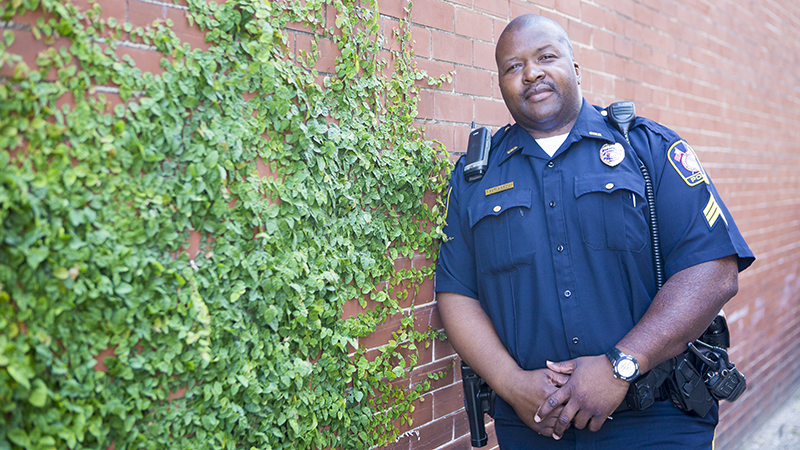 Nathan Gibson left Selma to join the Army in 1992 but came home to a career in law enforcement.

Sgt. Nathan Gibson with the Selma Police Department has been with the department for nine years, but he’s been wearing a uniform for much longer.

Gibson, a Selma native, joined the United States Army in 1992 and served for years before becoming a police officer.

Gibson said helping people has always been a passion of his, but there was more to becoming an officer than just that.

“When I left Selma in 1992, it was a different place,” Gibson said. “It was fun, it was growing and when I came back, I saw a lot of changes. I just wanted to make it get back to where it was where it’s growing again and people can feel safe. So I just tried to find a way that I could help out as best as I possibly could.”

Gibson graduated from Selma High School and later went to school at the University of Maryland and Herzing University.

He has two children, a daughter, Shanice Gibson, and son, Dante Gibson.

To him, the best part of Gibson’s job is serving the community and getting to know the people that he serves.

“[I like] just getting out and meeting new people. Walking through the stores, saying hi. There’s a lot of friendly people in Selma, and I wouldn’t trade it for the world,” Gibson said. “I love going to the schools and talking to the kids. I try to do that as often as I can.”

Gibson said he loves his job, and he’s thankful for the opportunity to do something that he enjoys.

“I just love my job. I love coming in and just being part of the city,” he said. “I just enjoy getting up and coming to work every day. If you don’t love what you’re doing, don’t do it. And I love what I’m doing.”

Gibson said he doesn’t plan on going anywhere, and he hopes to work his way up the ranks.

“I’m very thankful that we are here, and that I have the opportunity to work here,” Gibson said. “Hopefully by the time I hit my 20-year mark, they’ll be calling me Chief Gibson.”