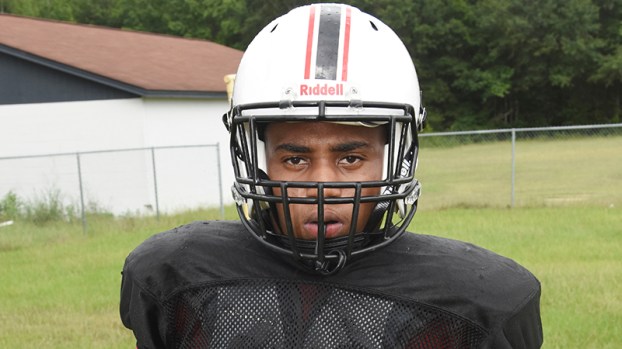 Rutledge to play in North-South game

Southside linebacker Ke’Andrae Rutledge will get to put on his Panthers’ football helmet one last time. Rutledge will participate in the Alabama North-South All-Star Football Game July 20 at Cramton Bowl in Montgomery.

He received a letter in the mail in early April, but the invitation became official earlier this week when the Alabama High School Athletic Association announced the rosters for the game.

“When I first saw it and coach Flowers put it on Facebook, I was surprised. I wasn’t even really thinking about playing no more in high school,” Rutledge said.

“I was getting prepared for college when I saw that. It’s a blessing.”

Rutledge is the only player from the Dallas County area that will participate in the game.

“Going in I’m looking at it as a chance to better myself and a chance to prep myself heading into college. Going into this game will help me get more comfortable with new teammates and new drills and also help me get better and become more prepared,” Rutledge said.

The game is run by the Alabama High School Athletic Directors and Coaches Association and will be played as a part of all-star week. The AHSADCA will also hold all-star games in baseball, softball, boys’ and girls’ soccer, boys’ and girls’ basketball, volleyball and cross country.

Unlike the other all-star games, which are for rising seniors, the football game is for graduating students. Rutledge signed with Fort Valley State in Georgia on National Signing Day.

Rutledge said he reports to Fort Valley in August.

Rutledge is believed to be the first player from Dallas County named to the team since Selma High School’s Darion Alexander and Roderick Brewer made the 2012 team.

“Knowing where we come from that we don’t get many opportunities like this, to display our talent with other stars from around our state,” Rutledge said. “I know going into this game I’ve got the county on my back, and I’m going to try to show out for them.”