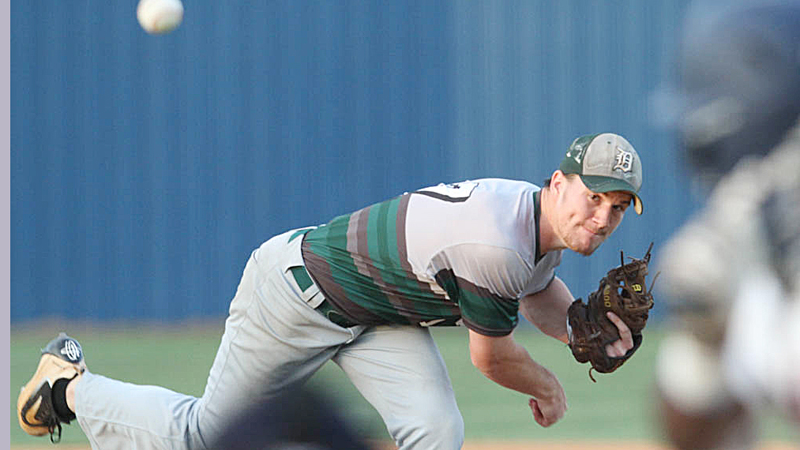 By Mike Hensley
The Troy Messenger

TROY — Dallas County’s baseball season ended Friday night with two losses to the Charles Henderson Trojans in the first round of the Alabama High School Athletic Association’s class 5A playoffs.

Charles Henderson won the games 18-1 and 17-1, ending the Hornets hopes of making a deep playoff and also bringing Dallas County coach Willie Moore’s coaching career to an end. Moore announced during basketball season that this would be his last year coaching any sport as he focuses on his growing administrative duties.

Unless he has a change of heart, that means his career ends after 22 years coaching football, baseball, softball and basketball.

Charles Henderson’s season will continue in round two where the Trojans will take on the winner of Valley and Jackson on April 28.

The Trojans finished with 11 hits, led by Reeves and Jabronski Williams who each had two hits. The Hornets had four hits from Andre Smith, Landon Macomb, Octavious Palmer and Gabe Denson.

The Hornets got a single and double in the first inning, before Reeves pitched out of the jam. The Trojans scored in the bottom of the first when Bryson Gandy hit a smash that the Dallas County first baseman couldn’t handle, scoring Williams.

The Hornets had two runners in scoring position with nobody out in the second before Reeves responded with three strikeouts, preserving CHHS’ 1-0 lead.

Lester got the first two outs rather quickly in the second, but then walked the next three Trojan batters. With the bases loaded, Williams hit a single past the first baseman scoring Noah Lowery. Murphy followed with a smash over the left-center wall for a grand slam to give the Trojans a 6-0 lead.

Reeves struck out the side in the third inning.

The Hornets brought in pitcher Cade Whitaker in the bottom of the third, and he surrendered three runs before being taken out of the game. Lowery scored the first run on a balk and Reeves hit a two-run homerun to score Tisdale.

The Trojans scored four more runs in the inning off new pitcher Andre Smith. Tucker smacked a two-run single and Graham Wilkes hit a two-run homerun over the wall in left.

The Hornets got on the board in the fourth inning when Joseph Jones reached on a throwing error, scoring Paul Daniels.

The Trojans got an RBI triple by Williams, an RBI single by Lawson Scarbrough and an RBI double by Gandy to increase their lead to 18-1 in the bottom of the fourth.

Wilkes took the ball in game two and pitched all five innings in the Trojans comfortable win. He allowed just one hit and one unearned run, while striking out three. Gabe Denson earned the loss for the Hornets after throwing eight runs on eight hits over hits three and three thirds innings of work.

The Trojans finished with 14 hits. Williams went 3-4 at the plate, while Gandy, Devan Suddith and Tisdale all had two hits. Paul Daniels picked up the lone hit for the Hornets.