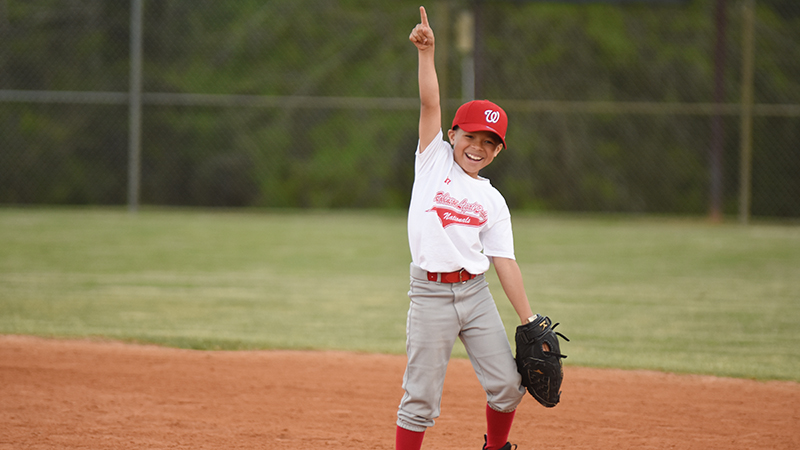 Beth Beverly couldn’t entertain her excitement, and she had every reason not to. As she was being interviewed, her son Sean Pope hit a deep fly ball to center field and started running the bases full speed.

As Sean rounded the bases for his second home run of the game, she ran to the fence to cheer him on.

“That’s number two today,” Beth said with a big smile. “He’s just having so much fun.”

Just a few minutes before his second homer, Sean made an incredible catch at second base — one you’d expect to see at the middle or high school levels, but not on opening day of the Selma Parks and Recreation Department season. After the catch, he slapped his chest three time and pointed to the sky in celebration.

Sean might’ve been having more fun than anyone on the first day of the youth baseball season Friday night at the Dallas County Sportsplex, but there were plenty of smiles to go around.

Approximately 600 players are participating in the league this year and many of those players were at the park Friday. The teams that didn’t play Friday will open their seasons Saturday.

Before each team played its first game, each player was introduced and ran onto the field. At the same time, organizers — namely baseball director Gerald Barron — took a deep breath. Barron and the rest of the recreation staff have spent the last several months working on registration, making schedules, building rosters and getting everything ready to go for the season.

“Once the first pitch is thrown, it’s kind of like a sigh of relief,” Barron said. “Now everything is in motion.”

There were several first-time players on the field Friday night, but the night’s biggest story was the Salem Tigers, a brand new 9-and-10 year-old softball team from Orrville. Only one player on the team had ever played softball before, according to coach Gladys Davis.

“We don’t really have any extracurricular activities down in that area, so it’s very important. When I went to ask some of them, they were asking what is softball, how do you play softball,” Davis said of Salem getting a softball team.

“A lot of them had never been to this complex, so they were asking how to get here.”

Barron said he couldn’t have asked for better weather, especially after two days with troubling forecasts earlier in the week.

More than anything, he was glad to see players back on the field.

“It’s enjoyable to see them playing. That’s the most important thing. We are all about the kids,” Barron said. “You get to see the fruits of your labor. That’s the best part about it.”