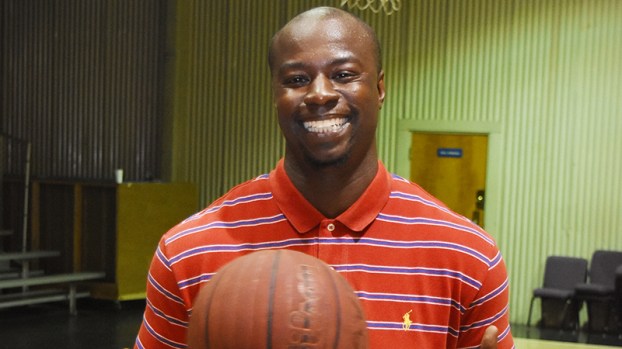 For years, Ellwood Christian’s boys’ basketball team was talented, but hadn’t been able to put it all together. Last season when the Eagles lost to Keith by 38 and 33, Dallas County by 41 and Wilcox Central by 32 Ellwood looked like a team far from making the playoffs, let alone making a trip to Montgomery and narrowly missing out on a berth in Birmingham.

In one year, Ellwood completed one of the best reversals in the state. Ellwood finished the 2017 season at 15-10 and was three wins from winning the 1A state championship. Because of that turnaround, Ellwood Christian boys’ basketball coach Darrell Walker is the Times-Journal’s Boys Basketball Coach of the Year.

“We were everybody’s homecoming game and now to go to calling different coaches and saying my schedule is filled because people now have heard we have a good team,” Walker said. “We’ve gone from the bottom of the barrel to the upper echelon in almost two years.”

Lane, in his first season at Selma High School, led the Saints to the sub-state portion of the 6A playoffs.

Morton led Meadowview Christian to the Alabama Christian Athletic Association semifinals and Moore, who announced his retirement from coaching during the season, led Dallas County to the sub-state portion of the 5A playoffs.

“You have the Tisdale’s, the Lane’s and the Moore’s and for my name to be mentioned with coach Moore, a championship coach, that does wonders,” Walker said.

Walker said Ellwood’s turnaround started in game one against LeFlore, who finished the season ranked No. 4 in the Alabama Sports Writers Association rankings. In the second quarter, Ellwood was hanging with the 6A Rattlers point for point, and Walker said it seemed to click.

“In the second quarter, it was close and we said to ourselves, ‘this is a 6A school and we’re a little small 1A school with no windows in the school and we’re hanging with this team?” Walker said. “That’s when we came up with the motto, ECA vs. anybody. The sky has been the limit ever since.”

The Eagles used that phrase — ECA vs. anybody — the rest of the year. It became a rallying cry on social media and in timeouts.

Ellwood lost that first game to LeFlore handily, but bounced back in January and played the Rattlers within one point.  The Eagles rode the momentum from that game the rest of the year. Ellwood won at Autaugaville for the class 1A area 5 championship, their first win at Autaugaville in Walker’s time leading the program.

A Loveless Craig buzzer beater against Notasulga gave Ellwood its first win in the Central Regional in school history.

Ellwood even led Cornerstone late in the Central Regional Championship before fading in the final five minutes. Walker said that loss will serve as motivation this offseason when the Eagles return their four leading scorers.

“That put a sour patch in my kids heart,” Walker said.

“I looked in their lockers and they still have the article written about when we lost to Cornerstone. That’s motivation every day.”

Girls Player of the Year: Williams led Saints to playoffs