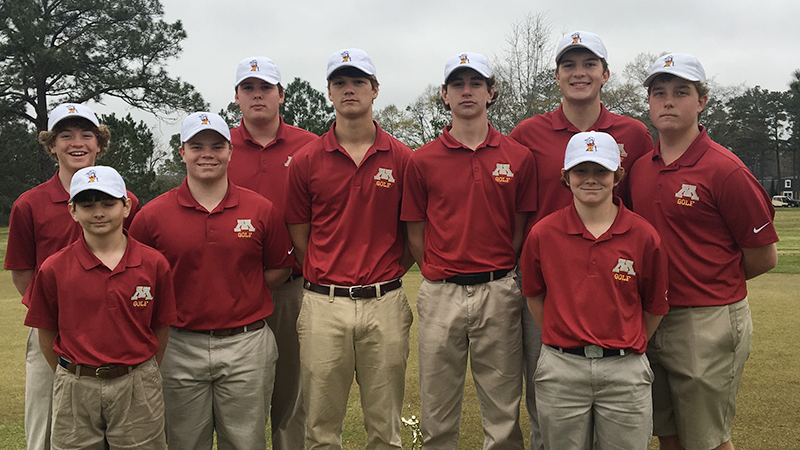 The Senators won again Monday, scoring a team total 311 to win at Troy Country Club. Jones Free  shot a 73 and was the low medalist for the Senators.

“I’m proud of them,” said Morgan coach Ira Wagoner. “It was  very bad conditions on a little tougher golf course than we played last week.”

Morgan’s Grayson Harvill, Will Alison and Allen Todd joined five other Senators who had previously qualified for the state tournament.

A player qualifies for the state tournament by breaking 90.

“We didn’t start out too well, but they kind of settled down,” Wagoner said.

“The rain quit a little bit toward the end, it was still cold but they were soaked by then. They did as well as I could’ve expected.”

Morgan’s next match is likely to be March 27 at Monroe’s Tournament.