Concordia women get No. 1 seed, men No. 2 in USCAA field 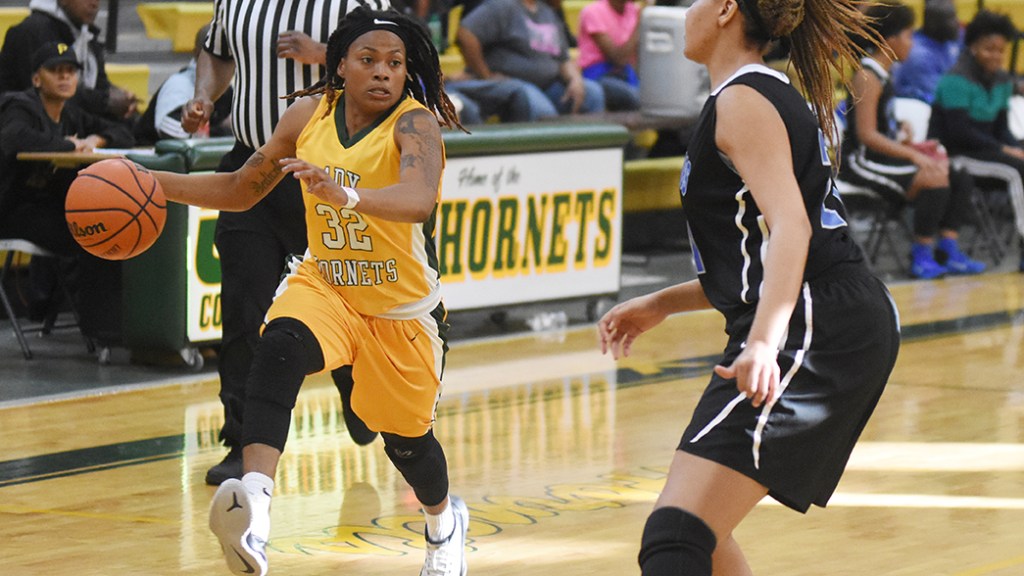 Concordia’s Jerlissa Matthews dribbles the ball down the floor during a game against Selma University earlier this year. -- File Photo

The Concordia College Alabama women’s basketball team was always going to enter the United States Collegiate Athletic Association tournament as one of the favorites. This year the Concordia men’s team is one of the top seeds as well.

The USCAA announced the fields Monday for the Division I men’s and women’s basketball championship tournaments that will take place March 1-4 at Penn State Fayette. The Concordia women, who have been the top ranked team all season and enter as the defending national champions, earned the No. 1 seed, as expected.

The Concordia men (18-7) are the No. 2 seed in this year’s field. The men lost in last season’s national title game to Oakwood University.

“There can be two No. 1 teams on this campus,” said Concordia coach Fredrick Summers.  “In all of college basketball, you don’t have two No. 1 seeds on one campus, but it can be done here.”

That’ll be the goal for both teams — to return from Pennsylvania with two trophies.

The Hornets’ women (24-1) will take on Paul Quinn College from Dallas, Texas in the first round of the tournament at 10 a.m. March 1. This is Paul Quinn’s first appearance in the USCAA field.

“We’ve been doing pretty well all year long and we’ve held the No.1 ranking all year long, so we should’ve been the top seed,” said Concordia women’s coach Howard White.

The biggest challenge for the Concordia women is to not play down to their competition, which White said has been an issue for the team all year.

“There is some pressure because you are No. 1 team so there is a target on your back and everybody is going to step their game up and play well against you,” White said. “Our thing is can we match the intensity?”

The Concordia men will take on Iowa Wesleyan in the first round of the tournament at 5 p.m. March 1.

Iowa enters with six players who score in double figures, so the Hornets will have their hands full.

“The challenge is always being on their toes and not having any slipups defensively,” Summers said.

The Concordia men are still scheduled to host Virginia Lynchburg in the regular season. The women’s team’s regular season is over.

Lewis, Selma’s coach on the floor, has led Saints…