Wetumpka outlasts Selma in back and forth sub-regional 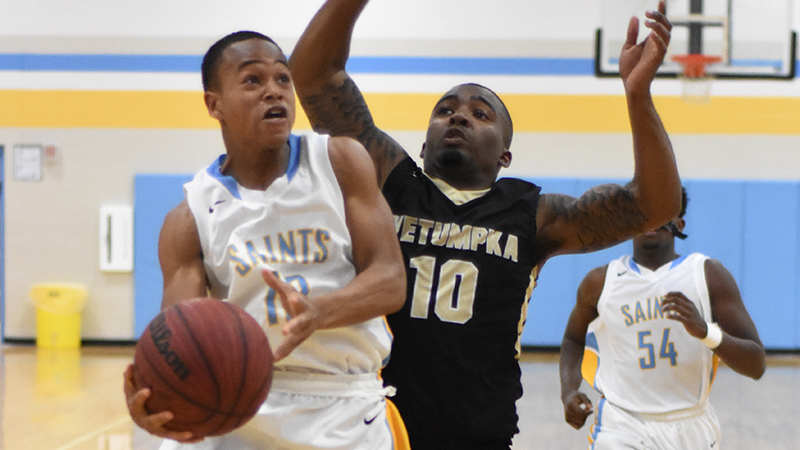 Wetumpka’s Jadarius Martin scored 14 of his 19 points in the second half as the Indians won at Selma 58-49 Tuesday night in an Alabama High School Athletic Association sub-regional game.

After Nick Turner’s free throw gave Wetumpka a one point lead with five minutes left, Martin scored the next four Indians’ points to help his team pull away. Selma (16-11) had led 33-32 after the third quarter and the game was tied 38-38 early in the fourth, but Wetumpka (8-12) went on a 15-5 run to take an insurmountable lead. Selma didn’t get closer than nine the rest of the way.

“They made plays and we didn’t make the plays. I think if we played with that intensity that we played those last three or four minutes, it doesn’t even come down to where it was,” said Selma coach Ronald Lane.

Lane said Selma didn’t take the floor with the right intensity and it showed early as the teams battled through a close first half. Neither team led by more than five in the first two quarters and Wetumpka managed that lead thanks to a late 7-2 run. Keedrick Adams’ layup as the first half ended gave the Indians a 27-22 lead at the break.

“I told our guys that we needed to throw the first punch and that’s not what happened,” Lane said.

“I think they came out a little more physical, fighting for the ball on the glass and took a five-point lead at halftime. We responded a little bit in the third quarter but I didn’t see that same intensity that we needed for 32 minutes.”

Selma’s leading scorer, Jeffery Huff Jr., was limited to 11 points in the game. Ivan Williams also scored 11 points, including a key 3-point play in the third quarter that gave Selma its first lead of the second half.