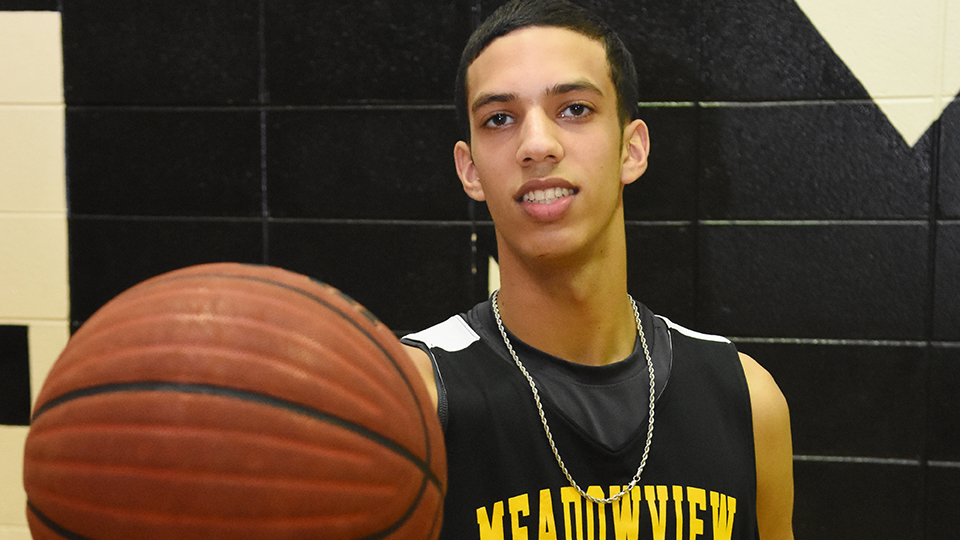 Meadowview Christian senior Sam Dabit was the youngest of four siblings growing up. He was the only boy, so he couldn’t lose, especially to one of his sisters.

Since he was younger, he was smaller, so he had to find a way to be competitive despite his age and height difference. It didn’t take him long to realize he could even the score by moving farther away from the basket.

All of that outside shooting has paid off for Dabit and the Trojans during his high school career.

Head coach John Robert Morton said Dabit is the best shooter on the Meadowview team, which is really saying something on a team that has several players that can consistently knock down 3-pointers.

In his three years on varsity, Dabit and fellow Meadowview senior Garrett Grantham have never lost an area game. They finished 18-0 in area play in their careers and will move on to the Alabama Christian Athletic Association state tournament.

“The closest we came to losing one was four weeks ago against New Life, but we went into double overtime so as soon overtime hit, I turned it on because I didn’t want to lose the area record. It is an amazing accomplishment to leave your high school career with,” Dabit said.

Dabit’s parents, Zuheir and Faten, own On Time Fashions, a clothing store on Alabama Avenue.

When he graduates, Sam said he will join the business full time. Right now, he works on every off day.

“It’s a great way to meet people in the community,” Dabit said. “I meet the parents of the kids, they want to talk to me. I meet some of the coaches we play against, some of the officials.”

Like most teenagers, Dabit enjoys playing friends in video games.

“I love giving people the work in [NBA] 2K. That’s my specialty right there. I’ve never taken a L in 2K and never will,” Dabit said with a laugh.

On the real basketball court, he’s got as many as three games left in his high school career.

This will be the third time he’s reached the state tournament in his career, and this year he’s hoping to end the season with a different result.

“If we can go into the tournament, trust ourselves game in and game out, follow the system and do what we do, there should be no reason why we should lose,” he said.

The tournament bracket hasn’t been released yet, but Meadowview will have nearly two weeks off before playing in the state quarterfinals in Oxford.

“I hope our last game is a state championship and we’re the ones holding the trophy up,” he said.