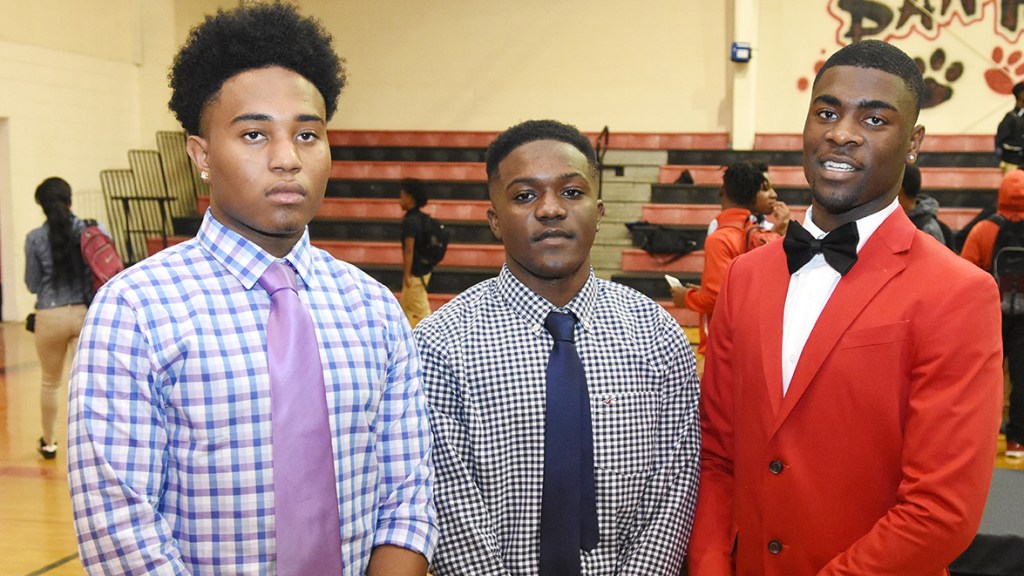 “I really love the game of football and to know I can go to Alabama State and continue playing and keep my academic goals going, it feels pretty good,” Johnson said, who represented Southside with a red suit jacket, black pants and bowtie for the occasion.

Johnson had also considered heading to Troy, the other school that stood out among the handful of offers he had available. In the end, the two-time all-state receiver picked Alabama State because of its closeness to home and with academics in mind.

“It was really back and forth. I think I chose Alabama State because it’s a good school to get my academics,” Johnson said. “That’s probably the main thing that’s important to me, to have my grades and keep them up because you never know what can happen in football.”

Rutledge will be heading to Fort Valley State, which is about three hours away in central Georgia. One of his teammates, Terry Johnson, had hand drawn a sketch of Rutledge wearing a Fort Valley uniform for the ceremony.

“He drew my poster and did it in three days,” Rutledge said. “All the props to him.”

Rutledge said Fort Valley State recruited him the longest and isn’t so far away that his family can’t see him play regularly.

“They are the ones that recruited me the longest,” Rutledge said. “They were the first school that gave me a call told me to come down, thought I could make an impact to win some ballgames. They recruited me hard. I went on a visit, liked it up there and the fact that it was close to home was just icing on the cake.”

Edwards will be traveling about 12 hours away to attend Graceland, which is in Lamoni, Iowa.

“I know it’s a long distance but I wanted to get away from Selma anyway though to make myself a better person,” Edwards said.

Daniels was the only signee Wednesday at Dallas County, although more athletes may sign in the next few weeks. Daniels is a three-time all-state tight end.

“I’m not so much thinking the four years I’m going to play in college,” Daniels said of signing with Faulkner.

“I’m thinking after the four years and getting ready for that and the next chapter of my life.”