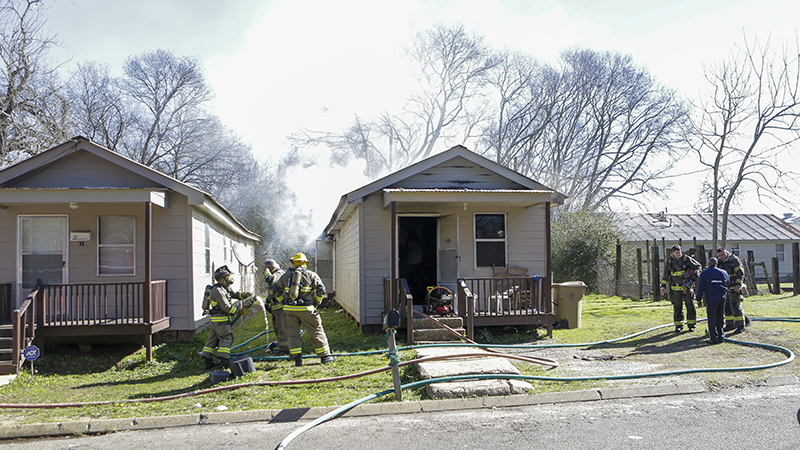 Multiple trucks from the Selma Fire Department responded to the scene.

According to a bystander, no one was at home when the fire started, but that was not confirmed by officials with the fire department.

Flames were visible coming out of the home around 11 a.m. as firefighters battled to put out the blaze and neighbors watched.

It appears only the back of the house sustained damage from the fire, but it is still unclear at this time.