The Selma Police Department has issued warrants on two Selma men in connectionto a shooting earlier this week that left one man critically injured. 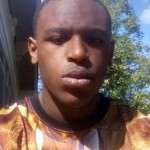 Joe Jackson, 20, and Jasper Cole, 24, have been identified as suspects in connection to Monday night’s shooting.

Cole is wanted on hindering prosecution.

Officers responded to a call of a gunshot victim at Vaughan Regional Medical Center after 9:30 p.m. Monday night.

The victim, a 19-year-old male, of Tyler, was shot in the back of the head while on the 900 block of King Street, according to authorities, as a backseat passenger of a vehicle.

“They were passing through the 900 block of King Street when they heard the back window of the vehicle shatter,” said Lt. Tory Neely.

Neely said there were other passengers in the vehicle but no others were reported injured. 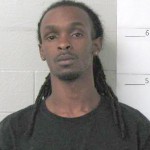 The victim was then driven by private vehicle to Vaughan Regional’s emergency room, where he was stabilized before being airlifted to University of Alabama at Birmingham trauma center.

Neely said as of Wednesday the victim remains under critical care.

The second vehicle shot was unoccupied and parked near the scene of the shooting.

Investigators believe Cole transported Jackson away from the scene of the crime.

Neely said if the suspects haven’t been found by Thursday, investigators plan on seeking assistance of the U.S. Marshals in locating and apprehending the suspects.

If the victim dies, Jackson’s attempted murder charge will be upgraded to capital murder, investigators said.

Neely said Jackson is affiliated with gang activity and is considered armed and dangerous.

“We advise you not to approach the subject but to contact local law enforcement,” Neely said.

Anyone with information about the shooting or the whereabouts of the suspects are encouraged to call the detective division at (334) 874-2125 or the secret witness line at (334) 874-2190.