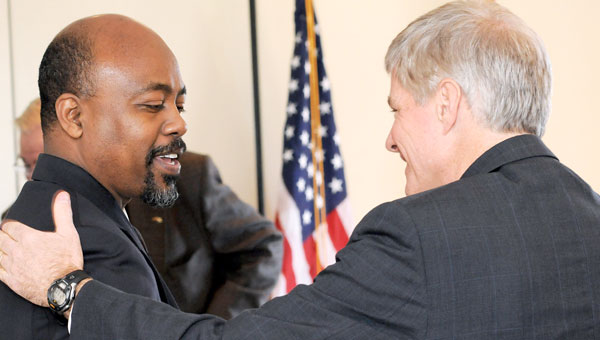 Mendedo submitted his letter of resignation last month and will serve as president until June 30. He has been Concordia’s president since 2010.

“I am grateful to God who called me for service and honored to have had the support of the board, faculty, staff, students and donors over the past six years,” Mendedo said in a statement. “While this has been a most challenging call, it has also been the most rewarding. I am proud of all the achievements we have accomplished together.”

Abigail Campbell, Concordia’s Director of Public Relations, said Mendedo thought it was the right time to move on.

“It was something that had been on his mind for some time and it came after a lot of thought and prayer,” Campbell said. “He accomplished a lot at the college, but thought it was the right time to pursue other opportunities.”

Campbell said Mendedo will be moving back to Mobile, where he lived in the past.

During his tenure, the college added several new degree programs, including a bachelor’s of science in criminal justice and social and behavioral sciences, an associate’s of arts degree in applied management and an associate’s degree in pre-nursing. The college also received a 10-year accreditation with the Southern Association of Colleges and Schools Commission on Colleges.

Mendedo also led the college through some tough times, including the end of Concordia’s football program this year.

In 2010 when Mendedo became the college’s president, Concordia had an enrollment of 657 students, according to Campbell. In the fall, Campbell said that number was at 651 students, but that was calculated before the football program was shuttered.

The board of regents accepted Mendedo’s resignation in a letter dated March 6.

The Board of Regents will meet in the next few weeks to announce an interim president and to develop long term plans following Mendedo’s departure.

“They don’t have a date yet as to when they will have one announced but they are hoping as soon as possible to have someone in place,” Campbell said. “They have an interim as soon as May, but there’s no guarantee for that.”

Campbell said the board is hoping to get someone in place so that Mendedo can train his successor and get that person ready for their role as president.