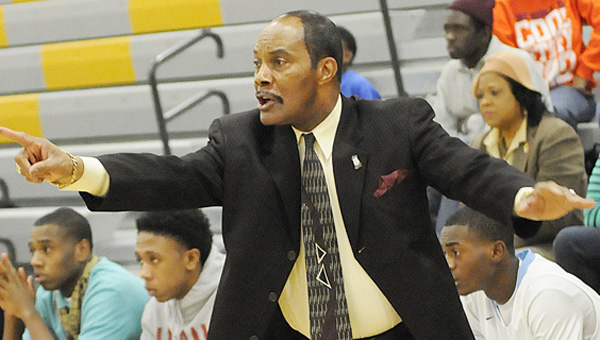 Woodie Jackson, one of the winningest high school basketball coaches in state history, has resigned from his position at Selma High School.

“The contribution that coach Jackson made throughout his tenure at Selma City is really legendary,” Mangum said. “He is well-beloved among the students and the faculty and the community. Everybody looks up to him and he’s very personable and well-liked, so that will be a tremendous loss. Of course, we wish the best to him and his family.”

Jackson said he plans to continue coaching in the future.

Jackson served as Selma High School’s assistant principal, but is most known for his accomplishments as a boys basketball coach. He’s coached teams to six state championships and has a 733-364 record, which places him among the all-time winningest coaches in state history. He guided Westside High School to the state championship in 1978 and led Francis Marion to four straight titles from 1988 to 1991, a run that still stands as an Alabama High School Athletic Association state record for most consecutive championships. He also led Francis Marion to a championship in 2000.

All-together he reached the state semifinals 11 times in his career and coached for a state championship seven times. His only loss in a championship game came in 1999 while he was still at Francis Marion.

He also coached in the McDonalds All-American Game in 2008 and in the Alabama-Mississippi All-Star Classic in 1991 and 2000. Jackson was inducted into the Alabama High School Sports Hall of Fame in 2010.

Although he didn’t win add to his championship total, Jackson’s success continued when he took over at Selma in 2008. Selma was the Central Regional runner-up in 2010 and 2011 and he had a 145-88 record with the Saints.

Selma won three area titles with Jackson at the helm and made it to the Central Regional four times. This past season Selma dealt with injuries to key contributors. The Saints finished the season 10-16 and lost in the first round of the area tournament for the second straight year.

He said he’ll miss all parts of being at Selma High, from coaching basketball to serving as the school’s assistant principal.

“There was never a dull moment over there,” Jackson said. “I enjoyed every second I was over there.”

Selma’s open assistant principal position was posted on the Teach in Alabama website on Monday and closes on April 17.

“It’s definitely challenging, unexpected but we will embrace the situation with a positive attitude,” Mangum said. “We will be very aggressive in our recruiting and we will remain optimistic in terms of the applicants and the selection of dynamic, committed coaches that are knowledgeable and will put the best interest of the student athletes first.”