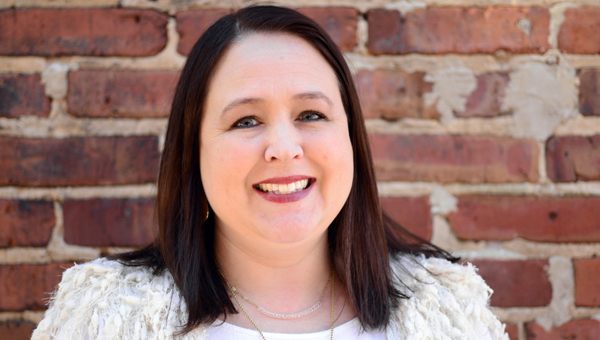 Kim Lyon started making candles a little more than a dozen years ago.

A little over 12 years ago, Kim Lyon found a passion for making candles. That passion, along with her homemade candles, has been burning bright ever since.

Lyon, a mother of three and former third and fourth grade teacher, makes her own candles for her business Lyon Candles. While it was a friend who originally inspired her to make candles, something else motivated her to make a living out of it.

“I did it because I wanted to stay home with my children,” Lyon said. 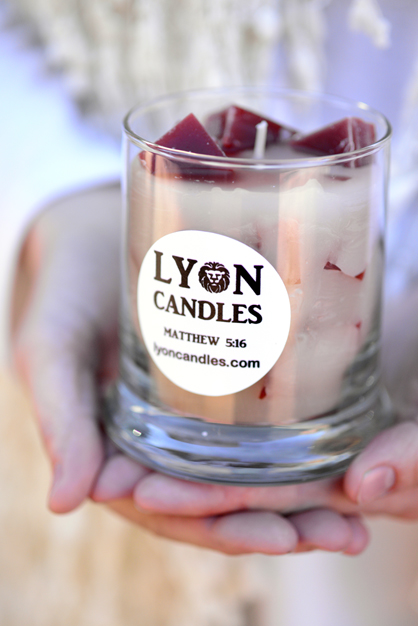 Lyon said Christmas and Valentine’s Day are busy times for her business.

Lyon said Kathryn enjoys helping her mother out with the candle-making process.

“She likes to come in there after she’s done her homework and if I’m working at night, she’ll help me to break apart the chunks,” Lyon said.

Lyon said her candles stand out from other candles in multiple ways. Many of her candles have chunks in the wax to give it a different look, but Lyon said the candles are unique for more than just their outward appearance.

Certain scents are more popular than others during specific times of the year. Lyon is busiest during Christmas time, when the demand for her Christmas splendor scent is in full force.

“I make more Christmas splendor candles than I do any other candle all year,” Lyon said. “Pomegranate and Red Currant are my next best sellers.”

Lyon said that the scents she sells during Valentine’s Day are Pomegranate, Red Currant and Mimosa because of their red, purple and pink color. Her Christmas splendor candle is a big seller during Christmas, and other scents like Home for the Holidays and Pumpkin Pie Spice pick up sales during holidays.

Lyon said her scents are always evolving. She never gets rid of a scent, but sometimes she’ll make less of one scent to account for higher demand of another scent.

Lyon also said she varies the strength of her scents to accommodate everyone’s needs.

“There are some that are stronger than others and some that are very light for those that can’t handle the strong scent,” Lyon said.

In addition to adding new scents, Lyon is always looking for ways to expand her business. She is constantly doing fundraisers for churches and schools, and she enjoys meeting new people and finding out what scents people like best.

In the last year, Lyon has begun hosting candle-making parties for both children and adults.

For adult parties, Lyon said she gives the party guests an opportunity to make their own scents for their candles by bringing in samples and allowing others to mix and match how they choose.

Lyon is always evolving her business to keep things new and exciting, and she doesn’t see herself tiring of candle-making anytime soon.

“Everything just kind of fell into place and I realized that that’s what I am supposed to be doing so I haven’t changed it since,” Lyon said.

Most of Sullivan’s knives take about 10 to 12 hours to complete and start at $150. When Brandon Sullivan was... read more