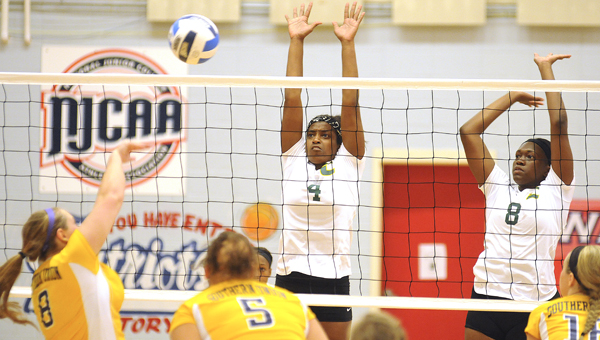 Now, the Lady Hornets want to open some eyes.

“It feels great [to be invited], because we worked so hard for this,” CCA head coach Brandon Reeves said. “The girls have been training real hard and we have a pretty good recruiting class this year. We put the pieces together that we were missing last year to make this run. It feels good to have a team of this caliber.”

Despite being ranked No. 1 in the USCAA’s final regular season power rankings, Concordia was the final team to receive a bid to this year’s tournament. The tournament will start Thursday in Canton, New York.

The Hornets were the tenth and final team in, leaving Reeves and the rest of the team to sweat it out until their name was called.

“There were two teams that were behind us in the polls, not the power rankings, and they got a bid before we did and we did pretty well the last few weeks,” Reeves said when asked if he got nervous about his team not being included.

All that matters now is that the Hornets are in and based on their season, they will be a tough out for opponents in the tournament. Concordia posted the best record in school history at 21-8, which was also the best record Reeves has had a team post as a coach. Reeves has also been nominated for the 2014 USCAA National Coach of the Year award.

“We are definitely setting our sights on a national championship title this year,” Reeves said.

Teams are broken down into pool A and pool B for round one.

Concordia will be in pool B with Rochester College, SUNY Canton, Cincinnati-Clermont and Penn State Fayette. The Hornets will start the tournament against SUNY Canton Thursday at 10 a.m.

“We are the underdogs and they are expecting us to go out in the first round,” Reeves said. “We have nothing to lose going in as the tenth seed. That’s the same mentality we took in women’s basketball this year.”

Reeves served as an assistant coach on the CCA women’s basketball team, which also went in as the final seed into the tournament and came back with a national championship.

Trojans had an excellent volleyball season

Sometimes things don’t go as planned. Saturday I scrambled as fast as possible to get to Oxford to watch Meadowview... read more