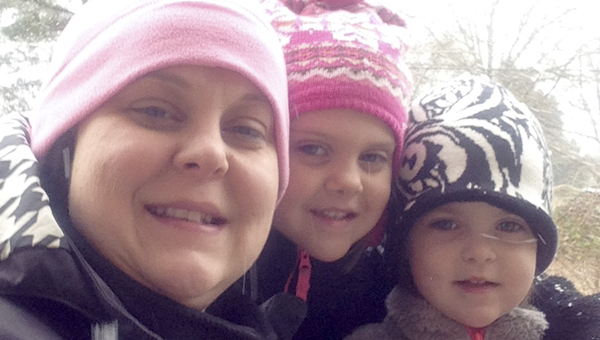 Robin Woodson wasn’t born in Selma, and she didn’t spend her childhood here, but it’s where she plans to live for the rest of her life.

“Selma has been very good to my family,” Woodson said. “This community has given so much to my family, monetarily, emotionally, that I just don’t want to leave.”

Woodson moved to Selma in 1991 and graduated from Dallas County High School in 1997. Since then, she married her husband, Mark, and they have had two daughters.

When she’s not taking care of her family or tending the books at the Kentucky Fried Chicken restaurant she owns and operates with her husband, Woodson has made a point to become very involved in her adopted hometown.

She is the chairman of the board at SABRA abuse sanctuary, the secretary for Leadership Selma, and a board member at the Old Depot museum.

“Each entity is for a different cause, but my thing is that if I am asking Selma and Selma residents to support my business, I need to support my community in any way possible,” Woodson said. “I try to spread myself across different areas in the community for that reason. I don’t want to be just helping in one area.”

Woodson said the work SABRA does to prevent an abusive culture in the region is what makes the group such a vital part of Selma.

“The biggest thing SABRA does is preventative,” Woodson said. “They get in the schools and they try to prevent bullying, social assault and domestic violence. The shelter does incredible work for the counties it covers, but I feel the early prevention work is a crucial part of that work.”

At Leadership Selma, Woodson feels she can help shape the future of the city.

“Leadership Selma grows our next leaders,” Woodson said. “If you don’t have leaders, you don’t have a community, and I feel like this group gives such a good face to the community.”

Woodson said her main goal at the Old Depot is to educate the community about the museum and the history on display there.

“The changes in the Old Depot over the past year are amazing,” Woodson said. “It’s amazing to me that so many people don’t know about that museum and all the history on display there. My goal is to make people know about the museum and everything offered there.”

No matter what the future brings, Woodson said her ties to these three groups, and Selma itself, will keep her here forever.

“I feel like I am committed through the good, bad and ugly,” Woodson said. “And a lot of good happens in Selma.”