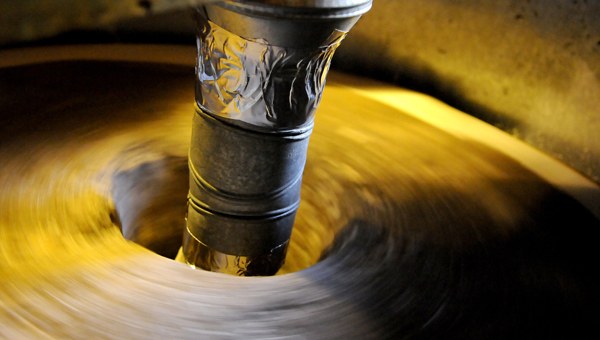 As the Civil War raged around the Unites States, the Kenan family was busy building a grist mill just north of Selma, adjacent to Valley Creek. For more than 100 years, the family operated the mill, grinding corn and grain.

The mill functioned as a family business. Local residents would bring corn or grain to the mill. In turn, they would grind corn into corn meal and grain into flour. The mill used green energy before carbon emissions were even a concern. Valley Creek powered the mill with a turbine — located directly under the mill.

As part of payment, the Kenans would take a bit off of the top of the ground product, Selma-Dallas County Historic Preservation Society member Sylvia Smith said.

The Kenan family mill ceased operation in the late 1960s and in 1997 the family donated the mill and the surrounding 12 acres to the Historic Preservation Society, with a caveat that it would be used for historical education.

Since taking responsibility for the mill, the society has invested thousands of dollars into preserving the historical value of the mill. Repairs included restoring and stabilizing the grist mill, repairing bridges and parts of a small white house overlooking the property.

The mill is now fully functional, grinding grain and corn just as well as it did in the 1800s. By turning a wheel, located inside the grist mill, grinding stones immediately begin spinning. Corn, placed in a hopper above the stones, drops down into the mill. Seconds later, the corn kernels are transformed into a pale white powder.

The ground product isn’t sold, but rather used as part of educational tours and the Kenan’s Mill Festival, which occurs annually on the first Saturday in November.

The society has also secured multiple grants to help market the mill to Alabama high schools. After securing a grant several years ago, the society sent information about the mill to every fifth grade school in Alabama and plans to take similar steps in the future, Smith said. This summer, Smith said she expects about 90 school children to visit the mill as a part of educational tours. The society uses seasons to dictate the theme of its school tours.

“We hope to spread the word about the history of the mill,” Smith said. “Every time someone comes here they have a different story about an experience here.”

Some Dallas County residents even have stories about their time at the mill. Robert Gordon, owner of Gordon Antiques, said he would often roam around the mill’s grounds as a child and swim in nearby lakes and Valley Creek.

“It was just a wonderful place to be a boy,” Gordon said. “We used to ride our bikes out there just have fun.”

Gordon’s experiences at Kenan’s Mill lured him back as an adult to help maintain its facilities. He regularly helps cut grass and recently planted several pear and peach trees.

In the time the historic preservation society has owned the mill, Smith said society members have unearthed several interesting stories about the property. Stories include Union troops passing by Kenan’s Mill on their way to fight in the Battle of Selma. Smith said the historic preservation society also believes a grist mill was located on the Kenan’s Mill property as early as 1830. 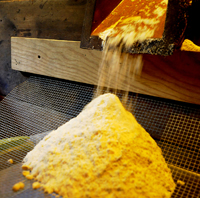 Gordon has even unearthed some stories of his own from helping with upkeep at the mill. While roaming the surrounding land, Gordon said he found several different items from the mid to early 1900s, including tops to drink bottles. Smith said a metal toy gun was also found on the property.

“It might be worthwhile just to put on an exhibit of the things we have found,” she said.

One interesting dilemma, Smith said, was whether to preserve the historic structures on the Kenan’s Mill property or update several structures.

“We have to decide whether to keep everything authentic or make it viable,” Smith said.

In some instances, the historic preservation society has simply stabilized and restored old structures. In order to make the grist mill a commercially operational structure, the society would need to add a restroom and meet several regulations. Smith said terms of the Kenan family donation also ask the society not to maintain a commercial mill.

In other cases, the society has added new buildings, including a barn next to the mill house. The barn contains public restrooms. The society is also looking at purchasing a snack stand to help with serving food during the Kenan’s Mill Festival.

Regardless of future plans, Valley Creek will continue flowing underneath the mill. And, with a small turn of a wheel, the grist mill will continuing coming to life, like it did when the Kenans first built it more than 150 years ago.

Taking time to enjoy the river

Selma’s iconic downtown riverfront and Edmund Pettus Bridge is seen from the back of a boat on the Alabama River.... read more