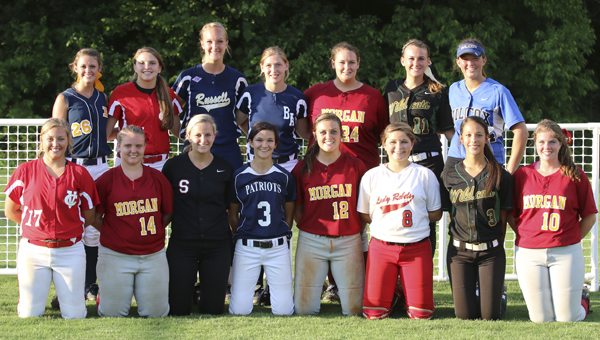 As four Senators’ juniors tested their skills against the state’s elite, Haley Grace Bone — Morgan’s lone senior all-star — put a bow on her playing days with the school with a great performance in the AISA’s senior all-star game.

She had two hits to bring in four runs that lead the West squad to a 10-4 victory over the East in the senior all-star game.

“It was a blessing and an honor to be named an all-star and to be able to put on a uniform one last time,” Bone said. “It was a great experience and I got to share it with a lot of other people that had a chance to put on their uniform for the last time.”

The other four Morgan players that participated in Tuesday’s all-star games — Kendall Veach, Margaret Mims, Lauren Criswell and Caitlyn Wilkerson — are juniors and participated in the AISA junior all-star contest.

All four players were on the West team, which trailed early, but rallied for a 5-3 victory over the East.

The players from Morgan Academy were a big part in the West’s comeback.

Mims pitched two innings, striking out two of the five batters she faced and Veach, a verbal commit to South Alabama, went 2-for-2 at the plate.

“I was pretty proud of myself but more proud of my team that we were able to pull it out,” Veach said.

Mims had her changeup, her go-to-pitch, working and it confused opposing batters.

“I just had to know not to pitch right down the middle to them and hit my spots and don’t give them anything they can really hit,” Mims said. “My change-up was working really good.”

Mandy Jordan from Wilcox Academy also pitched for the West. Jordan, who is a verbal commit to Lipscomb University in Tennessee, was pleased with her performance, especially knowing that several of the girls on the other team were familiar with her style of pitching already.

“A lot of the girls that were on the other team I have played in travel ball and I have played them multiple times over the course of the season,” Jordan said.

“It is just a lot of fun to play the best of the best and really test myself.”

Outside of the game, the players said they really enjoyed getting a chance to know players from other high schools that they wouldn’t usually get to meet.

“It was good to have people I knew because I knew a lot of people,” Criswell said.“I talked to other teammates more than I did mine at times.”