Woman charged with discharging a firearm into a school building

A Montgomery woman is behind bars in connection with a shooting on the campus of Concordia College—Alabama in late April.

In a news release, Lt. Curtis Muhannad with the Selma Police Department said Ashley Henley, 23, was arrested Tuesday on a charge of discharging of a firearm into a school building. She is being held in the Dallas County Jail without bond. 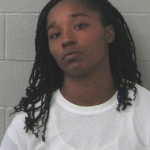 Police made the arrest after an investigation into an incident that occurred in the early morning hours of April 25 on the 1800 block of Green Street.

At 2 a.m. on April 25, police department detectives responded to a call stating shots had been fired into a dormitory on the CCA campus, according to Muhannad.

When detectives arrived at the scene, a victim said several subjects wearing red bandanas, and one wearing a hoodie, fired several shots into his room when he had looked out of the window.

No one in the dorm room was hit by bullets, but one occupant was cut by flying glass.

After the incident, the victim said he and another person who was in the victim’s room dove for cover as bullets shattered the windows and penetrated the walls.

Muhannad said one of the victims was able to identify Henley as the suspect who was wearing a hoodie when the shots rang out.

Detectives determined the motive for the shooting was Henley’s girlfriend flirting with a male living in the dorm, according to police. The victim Henley shot at was not the intended target, the release stated.

A warrant was issued for Henley’s arrest on May 2.

Muhannad said detectives found Henley late Tuesday morning during a felony traffic stop. She was detained and interviewed by officers from the Selma Police Department before being booked and transported to jail.

Discharging of a firearm into a school building in a class B felony in Alabama.