Selmian finds her match on MTV 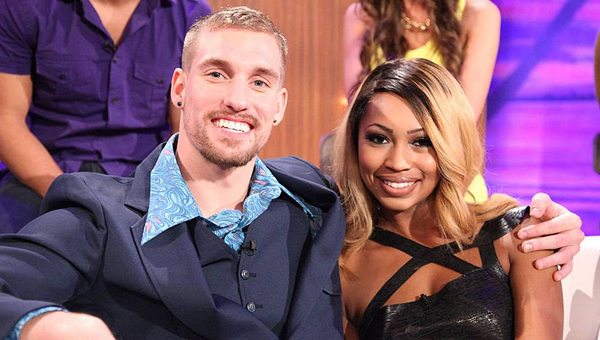 All smiles: Dillan Ostrom, left, and Coleysia Chestnut, right, smile during MTV’s “Are You the One” reunion show. (Photo courtesy of MTV)

Selma native Coleysia Chestnut ended the MTV reality show “Are You the One?” with $100,000 and her perfect match.

Coleysia, who was matched with cast member Dillan Ostrom, was among 20 young people—10 guys and 10 girls— to earn $1 million collectively by pairing couples that were deemed a perfect match within 10 tries on “Are You the One?” While finding love on the reality show wasn’t much a shock to Coleysia, the fact that she was a part of the first couple to be announced a confirmed perfect match was unexpected.

“I went in a little bit skeptical, but to be the first person to find my match and like my match, I was surprised by it myself,” Coleysia said.

Although Coleysia was doubtful, the cast claimed the prize on their ninth try.

“I was super excited,” Coleysia, who has plans to invest a portion of her winnings into her new mentoring program Raw, said.  “I was jumping around all night.”

Coleysia, the daughter of Pastors Coley and Tonya Chestnut of Fresh Anointing House of Worship, said the newfound popularity she has gained in Selma once the season aired is something she hasn’t adjusted to, but she appreciates the support.

“It’s just weird, because these are people that I may have heard of seen just growing up, because I’m in Selma right now,” Coleysia said. “And now they are treating me like I’m a celebrity, but you know we grew up right down the corner from each other.”

In the end, Coleysia the positive feedback she receives from the Selma community about her ability to remain true to her Christian values while on the show means the most.

“They kind of noticed that I didn’t kind of conform to what happened in the house,” Coleysia said before quoting some of those individuals. “‘I’m proud of you. You held yourself together so well. I look up to you the way you acted on the show.’”