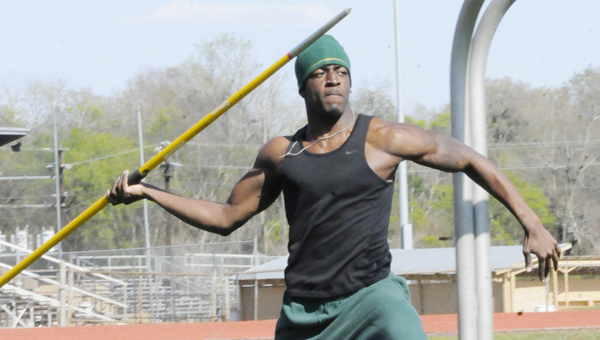 The Concordia College Alabama track and field team keeps plodding along, despite injuries that continue to threaten the Hornets’ depth.

Concordia has participated in two track meets — the Adonica Ferguson Relays in early March and last week’s event at Birmingham Southern — and had two others cancelled, but injuries have been the Hornets main concern this season.

“I’ve had more injuries to encounter in the three weeks of our season than I have had in six years of starting and running the team, so it has been kind of an interesting season,” Concordia College Alabama track and field coach Timeka Ross said.

Ross, who started the program in 2008, said after beginning the year with 28 athletes only 15 were able to compete last week at Birmingham Southern.

The Hornets still fared well, despite being limited in the number of athletes they had competing.

The women’s team was led by a third place finish by Nascri Hinds in the 200 meters dash. Kiwauna Murphy finished fifth in the same event.

“Out of the storm came some glory, because when we ran at Birmingham Southern most of the competitors in all of their heats placed first, second or third in the majority of the heats,” Ross said.

Although the Hornets managed to fare well at their second competition of the year, Ross said injuries continue to pile up. Yosmani Patterson, one of the key runners on her track squad, has a quad injury that continues to limit him to about 70 percent.

“He always feels it in the heat of the race,  so I’m not certain what to do with him at the moment,” Ross said.

Another, Rontavis Dinkins, also has a quad injury that is slowing him down.

“He got hurt at the very first track meet and I haven’t been able to use him,” Ross said of Dinkins. “He’s actually on crutches. We don’t know and neither do the doctors. They said about six months perhaps. He can’t walk on that leg.”

Senior Keiana Richardson is one of five females on the team and she’s also dealing with a hamstring injury. After competing in the first event of the year, she had to sit out last week at Birmingham Southern.

After a meet this weekend in Rome, Ga. the Hornets catch a break with their Concordia faculty, staff and student day on April 5.

Ross said she started the faculty, staff and student day when the Hornets’ home track meet kept suffering with last minute cancellations. Since Concordia’s track team is not in a conference, it is challenging at times for the Hornets to find meets that will take them.

“It stemmed back from schools cancelling due to budget and injured athletes at the last minute, so out of devastation because we were already at the track we turned it into a faculty and staff day,” Ross said.

Among the different teams competing are teams from the Concordia band, faculty, cheerleaders and soccer team, Ross said. The faculty, staff and student day begins at 1 p.m. and will go until 4 p.m.