A Selma man is in jail following a month-long investigation at the Selma Hampton Inn. 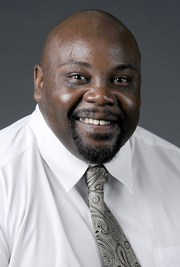 Rufus Ford, 44, was arrested Thursday on charges of first-degree theft of property and fraudulent use of a credit or debit card. Ford’s total bond was set at $200,000.

The investigation began on Feb. 14, after Ford allegedly embezzled between $50,000 and $100,000 from his previous employer — The Hampton Inn of Selma, according to a news release. Ford was previously the general manager of the hotel.

A police statement said Ford used his position with the hotel to make charges on the hotel’s account for personal reasons, including renting lodging at his own rates. Police said he is believed to allowed certain patrons to rent rooms at discounted rates, without the owner’s knowledge.

Ford was taken into custody Thursday in Marion, at a hotel that he currently manages.

Alabama River Chili Cookoff stirs up fun for all

A large crowd was on hand for the Third annual Alabama River Chili Cookoff Thursday evening on Water Avenue in... read more