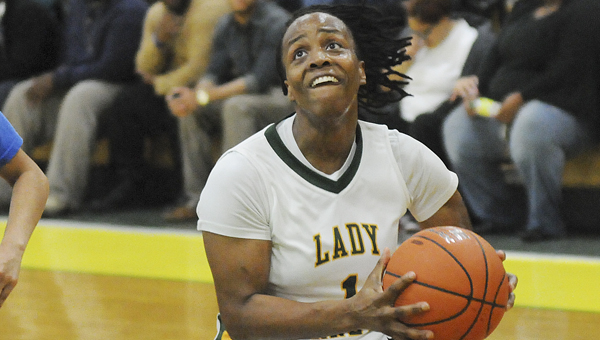 The Hornets used a late 7-0 run to put away The Apprentice School 70-63 in the Division I USCAA’s women’s national semifinals.

“It was just a matter of executing. They pressured us the whole game,” Concordia head coach Eric Jackson said. “It was more of a mental battle for us. We both matched up pretty well athletically. I told my girls yesterday that we are the better conditional team. I think that’s what carried us over the top.”

The Hornets answered with their own 7-0 run. Erica Ousley hit a free throw but missed a second attempt. Tykeria Johnson rebounded Ousley’s miss and put it back in to give the Hornets a 66-63 advantage. After a defensive stop, Sherrese Moore made a layup to give Concordia a 68-63 lead with 1:26 left to play.

Lashay Lettingham added two free throws in the closing minute and Concordia held on, holding The Apprentice School scoreless over the last 3:03 of the game.

It was the second straight upset for the Lady Hornets, who defeated top-seeded Iowa Wesleyan Tuesday. This win over the fourth seeded Lady Bulders gives Concordia a chance to win the school’s fourth women’s basketball national championship in the last seven seasons.

Malaisha Chandler and Desiree Wilson got into foul trouble in the first half, with each picking up two quick fouls, but the Hornets’ bench took over and allowed Jackson to keep those players off the floor.

“The unsung hero of the whole game was our bench,” Jackson said. “Chandler and Wilson got into foul trouble early. They both had two fouls apiece five minutes into the game so my bench stepped up tremendously and we actually increased the lead [with the bench] on the floor.”

The Hornets will take on Robert Morris Springfield in the championship game Saturday at 12:30 p.m.