Board: Repairs needed to city schools 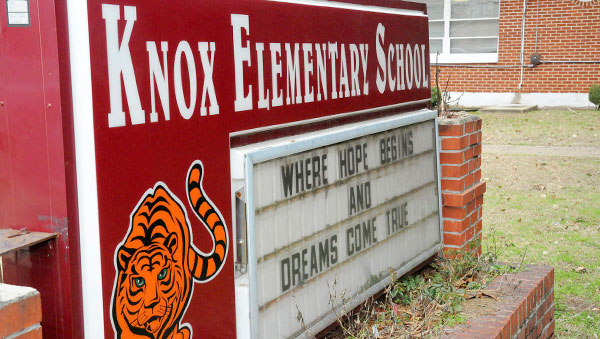 During Tuesday’s regular board work session, board member Udo Ufomadu and Selma Superintendent of Education Gerald Shirley said they witnessed leaking roofs at Knox Elementary School during the visit. Ufomadu said he has plans to present a motion to declare the situation a state of emergency during the next board meeting.

“We found the school in horrible condition,” Ufomadu said. “It’s totally unacceptable what we saw.”

Ufomadu said children had to sit in groups in certain areas of the classroom to avoid the rainwater dripping from the ceiling. Board president Henry Hicks Sr., who agreed there was a need for improvement, said five rooms, the hallway and cafeteria area “were really bad.”

The discussion was quickly met with a response from board member Frank Chestnut Jr.

“Is this your first time hearing this, Mr. Shirley, about the rain, the building, the kids having to shift?” Chestnut said.

Shirley said it had not been the first time he was aware of the leaking roof problems. Chestnut then brought up the budget request from 2010.

“When we were doing our assessment back in 2010, and we were talking about having  $250,00 dollars in the budget to put a roof on Knox, we are pretty much there now,” Chestnut said.

After Shirley responded  with head nods, signaling he agreed with Chestnut’s statement, Hicks stepped in to address the situation.

“I think, Mr. Chestnut, what has happen is a lot of these schools here, a lot of this work has been out there, but it just has not been done,” Hicks said.

Hicks mentioned the peeling paint on the front of Knox Elementary he noticed while driving through town. He also told the board that Cedar Park Elementary needed some repairing and revamping.

“I don’t know what we have to do to enhance and kind of move forward and get these situations fixed and taken care of,” Hicks said. “I think if we would have went on, looked at this when we first started talking about it, we wouldn’t be in the shape that we are in now. There is a need to speed up the process and get these things fixed.”

Board member Brenda Obomanu shared her thoughts on the situation.

Hicks suggested the entire board walk through schools within the school system, check for poor building conditions and bring all concerns to Shirley for review.

Vendor fees to be discussed

The Selma City Council is turning to the city’s residents to help decide prices for vendor licenses. The council will... read more