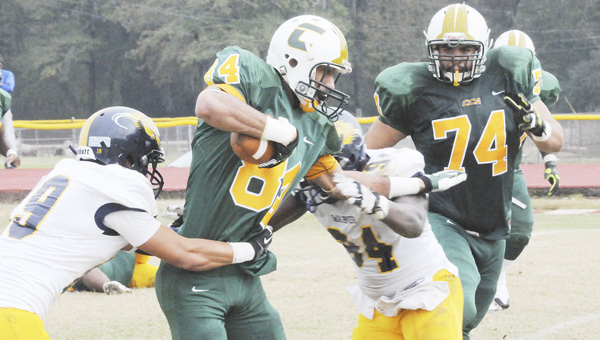 The game will be played at Hoover Metropolitan Stadium at 1 p.m. on Martin Luther King Day. Edwards-Maybe and Hampton became the first two Hornets to be invited to participate in the game.

Edwards-Maye ran for 99 yards on 28 carries and a touchdown and caught 13 passes for 91 yards and a touchdown, but his biggest contribution to the Hornets was on special teams.

The running back had 28 kickoff returns for 620 yards and scored a touchdown.

Hampton, a 6-foot-6 200-pound senior, led the Hornets with 32 receptions in seven games for 428 yards and four touchdowns. He finished second on the Hornets in all-purpose yards, behind only Edwards-Maye.

Each player played a huge role on Concordia’s offense, which averaged 276.2 yards per game.