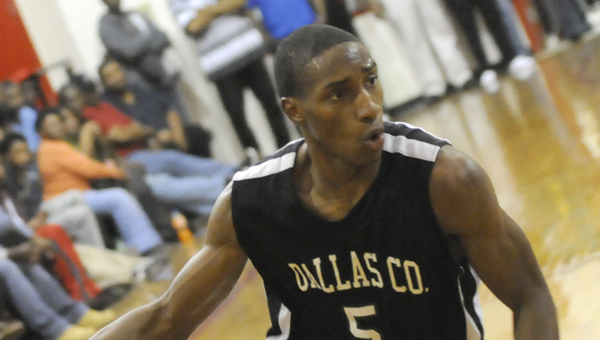 The Dallas County Hornets soared over the Southside Panthers in a 59-24 win.

“We tried to limited their opportunities, their second point chances and I think we did a pretty good job of that,” Moore said. “We were able to rebound the ball well tonight. I think it was the best rebounding performance we’ve had.”

With the win Dallas County moves to 7-2 on the season and Southside drops to 2-4.

The Hornets led for the entire game and outscored the Panthers in every quarter.

On the other end of the court, Southside coach Cedric Brown said his team struggled to get into a rhythm.

“We really could never get anything started from the tip,” Brown said. “We only scored one point in the third quarter. That’s embarrassing. I saw nothing good tonight.”

Dallas County got off to a decent start with 14 first-quarter points, but began to excel in the second quarter when Jerrod Moorer started draining threes. Moorer had 11 second-quarter points and 27 in the game.

Southside’s struggles with Dallas County’s stifling defense were on display with less than a minute left in the third quarter.

As Southside’s Brandon Oliver drove down the court he dribbled between his legs and tried to juke around a Dallas County defender. Dallas County’s Raheem Phillips snatched the ball with ease, ran the length of the court. Phillips was fouled on the layup. He made the first free throw, but missed the second.

The Hornets slowed the scoring pace in the fourth quarter, with only six points. The Panthers put out an equally disappointing fourth quarter with eight points and fans began filing out with two minutes left in the game.

Both teams struggled with fouls and turnovers.

Lady Panthers coach Jason Bothwell said he wasn’t thrilled with the victory, but knows that the Lady Panthers are young and working out some kinks.

“We didn’t play fantastic but we still won,” Bothwell said. “We really experimented with some things tonight to see how we were with our personnel. We saw some good things, we saw some bad things and we saw some things we probably will never try again.”

If any part of Southside’s game was impressive, it was the defense. The Lady Hornets only reached double digit scoring in the fourth quarter.