Hornets set to return to Montgomery for Central Regional 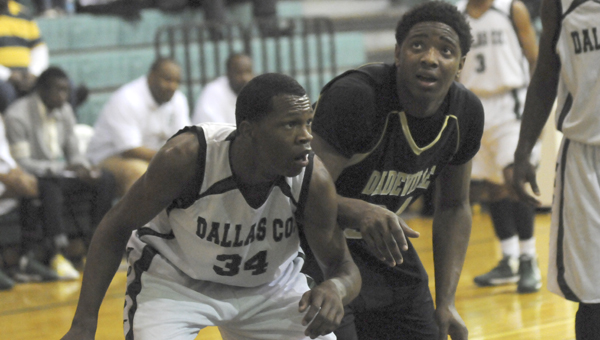 With playoff basketball underway, the Dallas County High School Hornets have been in the gym preparing for their return trip to Montgomery.

The Hornets (25-5) will travel to the state capital to face the Dora High School Bulldogs (19-7) on Wednesday at 4:30 p.m. in Alabama State University’s Dunn-Oliver Acadome for a Class 4A Central Regional matchup.

“They’re a senior-laden team. They start five guards that can shoot the ball and they’re super quick,” Moore said. “They’re a lot like Keith, but they’re a tad bit bigger. Each man is about 6’1 or 6’2.”

After last season’s exit in the Central Regional, Moore said the Hornets have gained crucial experience, as well as an increased presence in the paint.

“For the most part, we’ve got an experience factor that we really didn’t have last year. We had seven freshmen last year, but now those seven freshmen are sophomores,” Moore said. “And our post play is a lot stronger than it was last year. We feel confident that we’re not one-dimensional and that we are a multifaceted team. And with the schedule that we played, playing teams from in our region and in this area, has prepared us for what we’re going to see there.”

Moore added the Hornets have also matured more on the floor as it relates to executing their game plan.

“I think a lot of it is the maturation in our process with our point-guard play,” Moore said. “Last year, we didn’t quite understand the complexity of the game and the role hadn’t really been defined. Now, they kind of know what we’re asking and they’re able to give us exactly what we want as far as our game strategy is concerned.”

While the Hornets haven’t changed much in terms of the X’s and O’s of how they’re preparing for Wednesday’s game, Dallas County did move Tuesday’s practice to Morgan Academy in order to prepare themselves for the longer and wider floor they’ll play on in the Acadome on Wednesday.

Moore said the Hornets are getting ready for the challenges, and opportunities, that a longer floor presents.

“We haven’t changed a whole lot as far as preparation is concerned. We just wanted to get on the long floor from a conditioning standpoint and try to get the kids to realize that we have more space to work with,” Moore said. “The width of the floor is a little bit different, so we’ll be able to work on our spacing and things like that as far as transition and where we need to be with our spots on the floor.”

As far as their return to the big stage, Moore said the Hornets were built specifically for the playoff atmosphere, and will enter Wednesday’s game with the confidence of a team that’s garnered the respect to have finished the regular season as the No. 1 ranked team in the Alabama Sports Writers Association Class 4A polls.

“The big thing I’ve told our kids is that I feel like our team is built to win in the playoffs. I know that we’ve had teams before that can shoot the ball really well, and then we get on the big stage and we don’t shoot it quite as well in the Acadome,” Moore said. “I said this year we don’t have to live and die by the three-point shot. We’re able to play from the inside out, and that’s what we’re planning to do tomorrow.”