Airbus facility in Mobile might have an impact on Dallas County 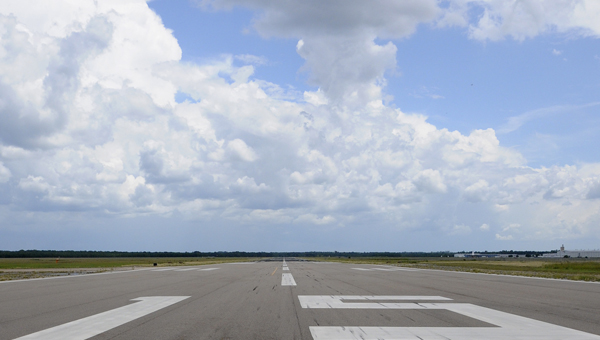 European airplane maker Airbus announced plans to build its first U.S.-based production facility in Mobile on July 2, saying it would invest $600 million to help build an assembly line for its A320 single-aisle jet over the next five years.

This marked the most significant industrial announcement in Alabama since April 2002, when Hyundai Motor Company announced it would construct a $1 billion automotive assembly and manufacturing plant in Montgomery.

Just as Dallas County has reaped the benefits and rewards of Hyundai’s decision to come to Alabama, so too do area officials hope to gain from Airbus’ recent announcement.

When the company’s line opens in 2015, it will operate similarly to its A320 assembly plant in Tianjin, China, snapping together subassemblies that are shipped from Europe, according to Aviation Week.

But, because 40 percent of Airbus’ global procurement is with U.S. suppliers, the magazine said the company is ultimately aiming to move major component work to North America, either in the southeastern U.S. or northern Mexico.

Because of this, Selma city officials and those with the Craig Field Airport and Industrial Authority are preparing to tout the renovations and additions to Craig Field as a possible destination for one of Airbus’ U.S. supply bases.

“I think we certainly have as good a chance as anybody with the infrastructure we have in place,” Wayne Vardaman, executive director of the Selma-Dallas County Economic Development Authority, said. “But, I do think it’s a little early to know exactly what’s going to happen. We’re excited about the possibilities, but it’s certainly not going to happen tomorrow.”

In recent years, Menzo Driskell, the complex’s executive director, said he has overseen renovations to Craig Field’s hangars, the addition of a 5-mile security fence around the airport, the construction of a new terminal building, the resurfacing, strengthening and restriping of the airport’s taxiways and more.

“We’re up-to-date and open for business,” Driskell said. “We expect to get some looks, and we’ve got an excellent facility here.”

In addition to the recent renovations, Driskell said the key for the complex to possibly attract Airbus suppliers is the rail that runs inside the park along Alabama Highway 41.

“Mobile’s got three Class A railroads that go through there, so there wouldn’t be a problem shipping parts back and forth,” Driskell said. “It would be inexpensive and we could ship straight there.”

Airbus plans to assemble four A320s in Mobile each month by 2017, and officials told Aviation Week the factory is designed with enough capacity to double that output.

The bottom line, Driskell said, is Craig Field has the facility to support suppliers.

“With the rail that’s in here, we can ship the parts and the components,” he said. “If they need to fly it in, our runway will land anything that flies. It’s in excellent shape. It has lights, we have several flight aids and we’re also adding [an up-to-date weather system pilots can view in their aircrafts that shows the weather in Selma.]”

But for now, Vardaman said the most important step is to ensure facts about the facility are where they need to be.

A shooting on April 1 that left a 72-year-old Selma man in serious condition and paralyzed has gone unsolved since... read more