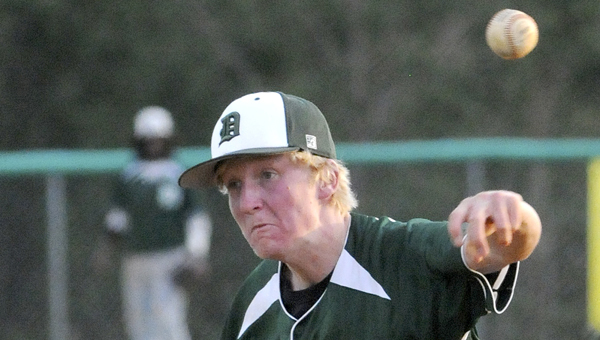 PLANTERSVILLE — The Dallas County High School Hornets were in reach, but a home run put an end to their comeback hopes, as they fell 7-4 to the Montgomery Catholic Knights Tuesday at home.

Willie Moore, head baseball coach of Dallas County (15-6), said the Hornets have got to work on doing the little things correctly after their fourth straight loss.

The Hornets were within striking distance, trailing 4-2 in the top of the fifth, until Montgomery Catholic’s Dom Godwin hit a three-run homer that made the score 7-2.

The Hornets fought back in the bottom of the sixth inning, when D.J. Stiles hit a sac fly that allowed teammate Corey Ingram to tag up from third base and make the score 7-3.

The Hornets added another run in the bottom of the seventh inning when Ingram put the ball in play in the infield and the Knights overthrew the first baseman, allowing Blanton Strickland to score from third and make it a 7-4 game.

The Hornets play again Friday at Bibb County in an area game at 5 p.m.

Ellwood's Heather Bright swings at a pitch against Sumter Academy Monday at the Selma Sportsplex. Ellwood fell 19-15 in a... read more