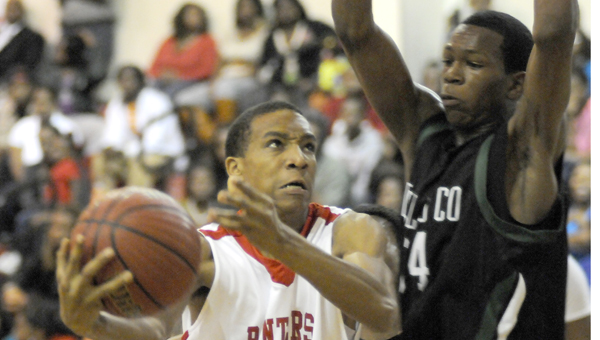 The Alabama High School Athletic Association recently released the new area alignments for high school basketball, which will take effect in Fall 2012 and run to Spring 2014.

“It puts us in a unique situation,” Tisdale said. “I tell my guys we play those games (Southside and Selma) to get better, because they are our rivals and it’s a community thing, but Selma can not ultimately stop us from winning a state championship, Southside can’t stop us from winning a state championship. However, Ellwood comes into the area and it turns into a rivalry/important game. That game becomes more than a bragging rights game because it’s an area game.”

Tisdale said he likes the new alignment because the potential a rivalry with Ellwood presents and the fact that it cuts down on travel costs and would put players at home at a reasonable time after road games.

Whereas travel costs and time will be shorter for Keith, their local rival Southside will rack up some serious mileage once the new areas go into effect.

Much like the football program, Southside will drop down from Class 4A and join Class 3A Area 2 with teams such as Opp, Excel and Straughn, with the closest opponent being Excel at 80 miles and one hour and 45 minutes away.

Southside head basketball coach Cedric Brown said the travel situation is not economically favorable for the school, but he likes the prospects of dropping down to 3A from a competitive standpoint.

“With the move, economically, it isn’t really a good move for us because of the travel and the schedule we’ll have to play,” Brown said. “I feel confident about moving down knowing that I’ll return nine players next year. The move down is going to be kind of good for us competition wise because we’ll be the strongest in our area. I still want to play Dallas County High School, Wilcox, Selma and Keith because it’s good for the community and the guys competition wise.”

“There’s not a whole lot of familiarity with the teams we’ll have to play,” Moore said. “It’s not going to change the way we prepare. We prepare for teams mostly the same way. Change is good. Not all change is bad, so we look forward to the challenge of playing different teams.”

Selma High School will be a member of Class 5A Area 6, but will lose area rival Wilcox Central and welcome Sumter Central with current area opponents Demopolis and Greenville.

“They’re going to be something to reckon with because basketball there is like it is in this area,” Jackson said.

“We are playing them this year to get ready and next year will just be more meaningful because we’ll be in the same area.”

“Wilcox is a rival and they’re close,” Jackson said. “If he (Wilcox head coach Mark Dukes) has room on his schedule we’ll definitely be playing each other.”