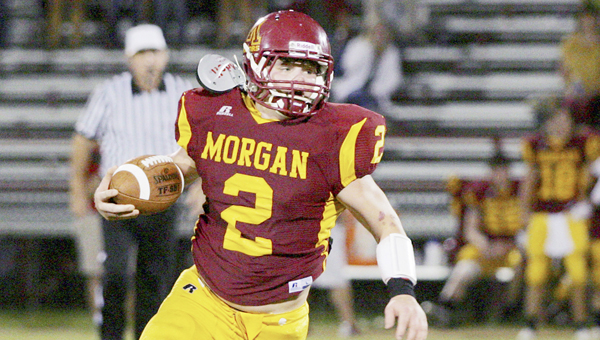 Parker Hughes and a host of other Senators will represent Morgan Academy Thursday night in the AISA All Star game. -- File photo

When the stars descend on Prattville for Thursday’s Alabama Independent Schools Association All-Star football game, there will be many Senators among them.

Brian King, head football coach of Morgan Academy, said it’s a great honor to see his players play among the best in the state.

“It’s just a big honor for our team to have five guys represent us around the best talent in the state,” King said. “

All of them will have a big role in the game, and it’s pretty exciting to have that aspect represented.”

The AISA All-Star game brings together the best senior players of the association from the East and West of the state to play against one another Thursday at 7 p.m. in Prattville. But the Senators will not only be represented on the field, they’ll also be represented on the sidelines by those who’ve supported them all season long.